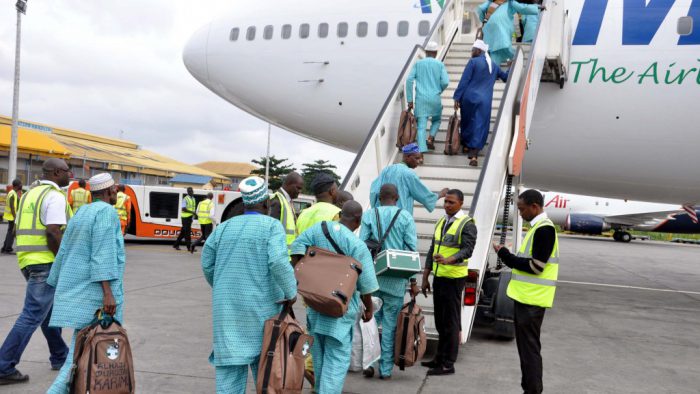 Only 2, 800 out of the 5,500 slots for intending pilgrims allocated to Kano State for the 2018 pilgrimage to the Holy land have fully paid their Hajj fares.

Hadiza Abbas, spokesperson of the Kano State Pilgrims’ Welfare Board disclosed this to the News Agency of Nigeria (NAN) in Kano on Thursday.

She said that because of the inability of many prospective pilgrims to pay fully on the date set aside for it, the board had to extend the deadline again.

Mrs Abbas, however, declined to state when the board’s new deadline date would be.

She, however, advised intending pilgrims still wishing to complete the payment of their fares to do so before the transportation of pilgrims from the state would commence.

“The board is still collecting the balance of the payment from intending pilgrims who had paid the initial deposit.

“Anyone who wants to complete his or fare can do so before the commencement of transportation of pilgrims to enable the board process their visas, “she said.

According to her, the biometric data capturing of intending pilgrims was going on as planned and without hitches.

Abbas, however, assured all the intending pilgrims who had fully paid their fares that they would be captured in the exercise.

“The challenge we are facing is that our intending pilgrims are being captured at the same centre with pilgrims that will be travelling under the tour operators.

“This is a strategy by the Saudi Consulate has come up to ease the exercise,’’ he said.

She said that based on the new arrangement, the state pilgrims’ board would present its intending pilgrims on Saturday and Sunday in addition to other working days for biometric data capturing.

The spokesperson urged the intending pilgrims to exercise patience and cooperate with the board to ensure the success of the exercise.