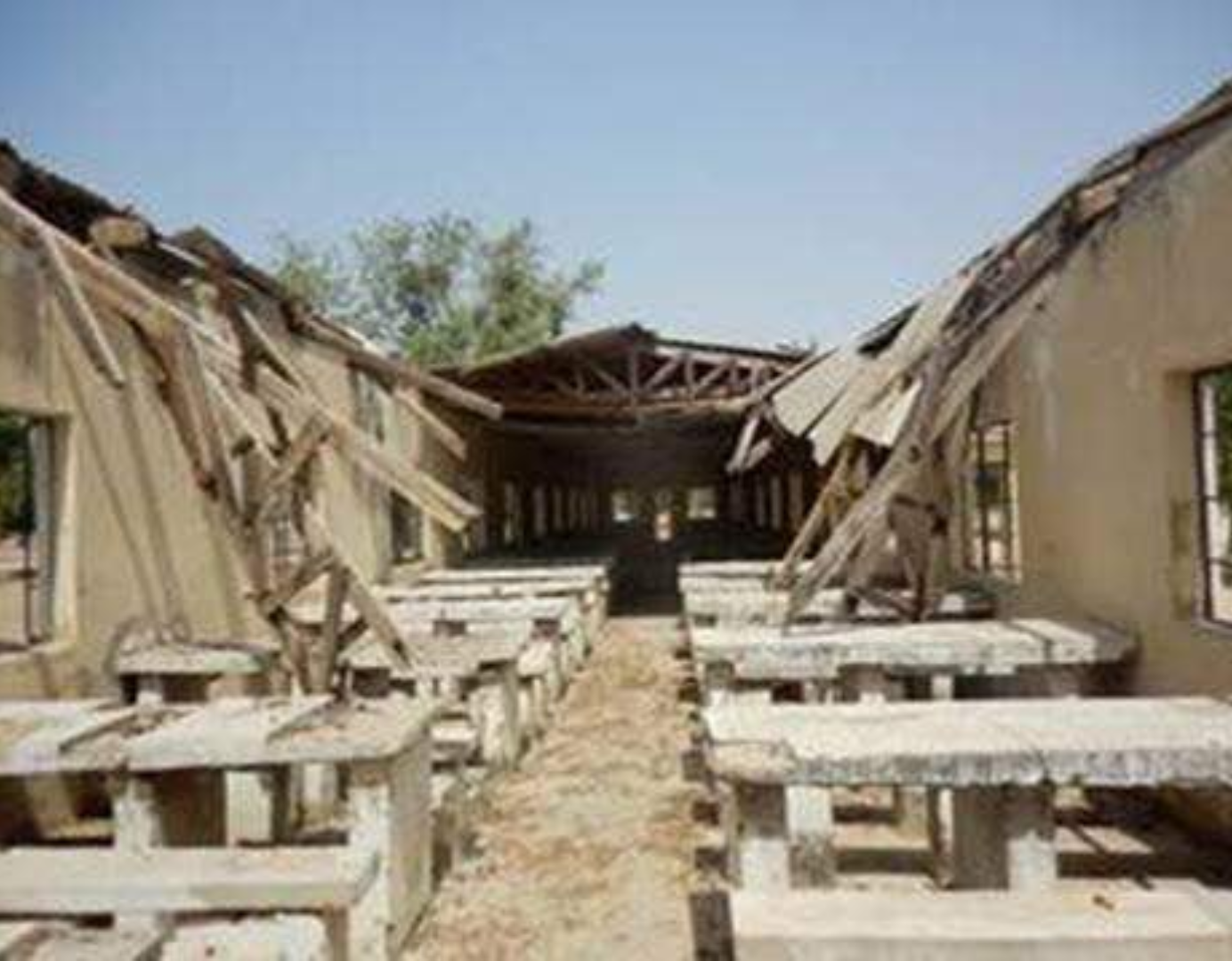 The school before it was rebuilt

The police college is the second largest federal government owned tertiary institution in Borno State after the University of Maiduguri.

It was among the first public institutions that suffered attack by Boko Haram when the group picked up arms in June 2009.

Despite several interventions by both the federal and state governments in rebuilding public structures affected by Boko Haram conflict, the police college was left in its state of decay.

The NGO said the gesture was aimed at helping the foremost training college upgrade its capacity for training police officers that are to be deployed to communities liberated from Boko Haram.

The college has been responsible for the recruitment and training of millions of junior cadre police officer mostly from the northeast geopolitical zone.

NERI’s intervention was described as first of its kind in the life of the college.

NERI, a USAID funded NGO, said the rehabilitation was part of its commitment to supporting public security institutions to achieve peace in reclaimed communities.

“By rehabilitating the two halls, NERI is improving government’s responsiveness to enabling the return of civil authority and preparing the grounds for recovery and reintegration in the Northeast,” said Suleiman Dauda, the Programme Manager of NERI in Borno State.

Mr. Dauda, who made this statement while handing over the renovated structures to the Police College Commandant said “after the (Boko Haram) conflict, security and civil authority must be restored to facilitate the proper resettlement of the liberated communities”.

“This can only be achieved by the deployment of enough policemen to those liberated communities.”

The college commandant, Uwem Akpan, a commissioner of police, thanked NERI for taking the lead in rendering assistance of that magnitude to the police in the conflict ridden zone.

Mr. Akpan said he was positive the rebuilt buildings would go along way in “creating the conducive atmosphere for the training of the policemen”.

He however implored the NGO, as well as many other aid organisations in Borno State, to assist the college in rehabilitating more dilapidated structures.