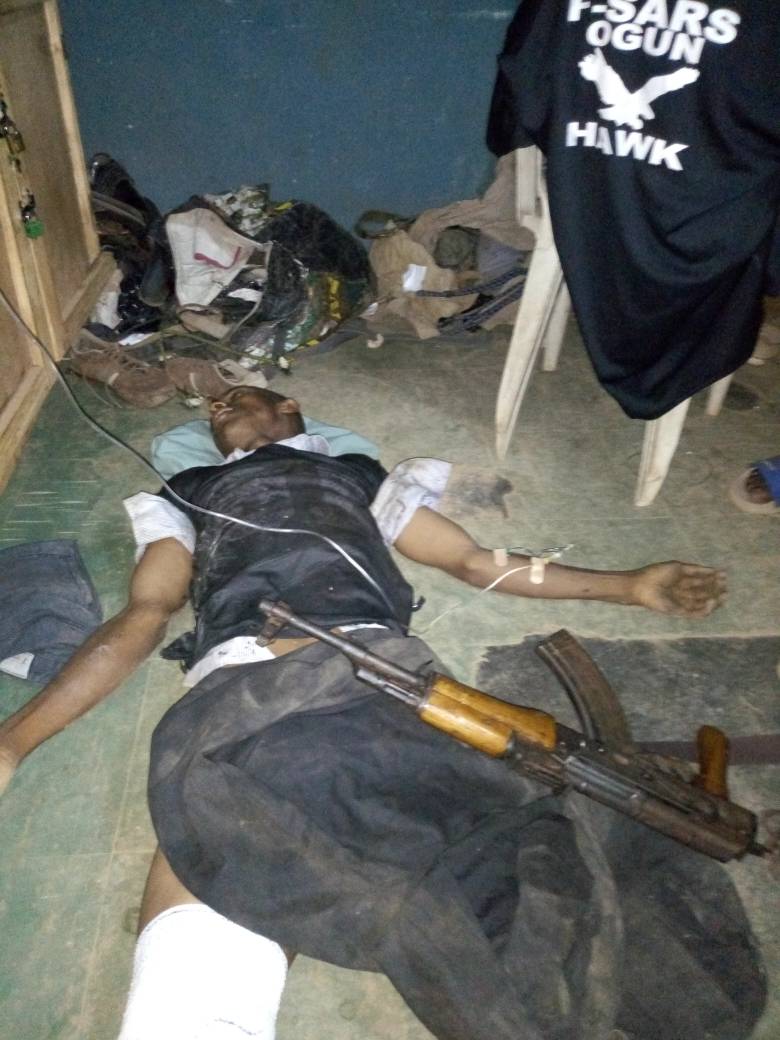 An armed robbery suspect has been shot dead while escaping with a snatched Lexus RX 350 Jeep, after a robbery operation at Oke-Ilewo area of Abeokuta, Ogun State Capital. The gang snatched the car at gunpoint from the owner.

The Ogun State police command spokesperson, Abimbola Oyeyemi, who confirmed the incident to journalists on Saturday said, the bandit was killed by the Federal Special Anti-Robbery Squad (FSARS), having attempted to escape.

He said the deceased was a member of an armed robbery gang who operated in Abeokuta and environs, adding that immediately after the incident, a distress call was made to the police and the Police chief, piqued by the audacity of the hoodlums gave a matching order to the FSARS Commander, Uba Adam, that the suspects must be brought to book.

Mr Oyeyemi added that,in compliance with the commissioner’s directive, the FSARS teams manning various exit points in the state were alerted to be on lookout for the snatched vehicle and the suspects.

He said, luck however ran against the gang when the FSARS team stationed along Sango Ota area sighted the said vehicle and gave it a hot chase, adding that the gang, having realized that the game was up and in a bid to escape, opened fire on the policemen and the officers returned fire for fire.

The police spokesman said, at the end of the encounter, one of the robbers was fatally injured and he was taken to state hospital in Ijaye, Abeokuta but died while receiving treatment, adding that exhibits recovered from him include one AK49 assault rifle loaded with 13 rounds of live ammunition, as well as the snatched Lexus RX 350 Jeep with registration number Lagos LSD 456 Ex.

He said the commissioner of police, Ahmed Iliyasu, who expressed his satisfaction with the performance of his men, has ordered a manhunt for the fleeing members of the gang, and also assured residents of the state to always alert the police on time whenever any crime is noticed in their area to enable the police to respond as quickly as possible.