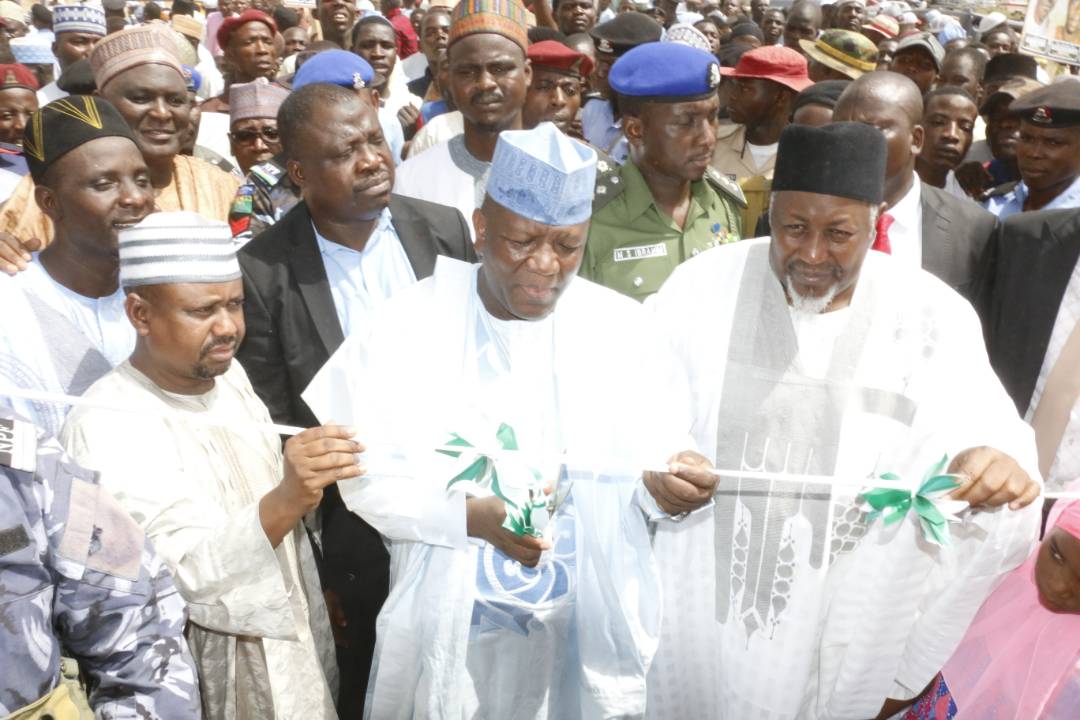 The Governor of Zamfara State, Abdulaziz Yari, and his counterpart Abubakar Badaru of Jigawa State, on Wednesday received several decampees from the opposition Peoples Democratic Party (PDP) in Jigawa.

The PDP had earlier described Mr Buhari’s visit to Jigawa as a laughable charade. It said the projects commissioned by the president were not worth mentioning.

But Mr Badaru said the projects were many and the president did not have ample time to commission them.

The event, which took place at Jahun Local Government Area of the state witnessed the commissioning of the Jahun township road and that of Gagarawa Bosowa.

At the event, the state party chairman, Sani Kiri commended the the leader of the decampees, Ibrahim Aujara for leading them (decampees) “to replace their PDP membership cards with that of the APC.”

Mr Kiri assured all the decampees of fair and equal treatment in the party.

Meanwhile, at the same event, irate youth protested against the member representing Jahun/Miga constituency, Sa’idu Miga, chanting derogatory songs even as they attempted to pull him out of his car. They were reportedly angry at his poor performance.

The police had to wade in by securing the lawmaker from the angry mob.

In his remarks, Mr Yari, described the mammoth crowd gathered at the occasion as overwhelming. He said Mr Badaru would not need to come back to the area for a reelection campaign going by the support he enjoys.

He also expressed satisfaction with the governor’s performance despite the low internally generated income of the state.

Mr Badaru commended President Buhari for Paris club refund and other interventions to the states.

How Obasanjo rigged us out in 2003, sacked Musiliu Smith – Osoba