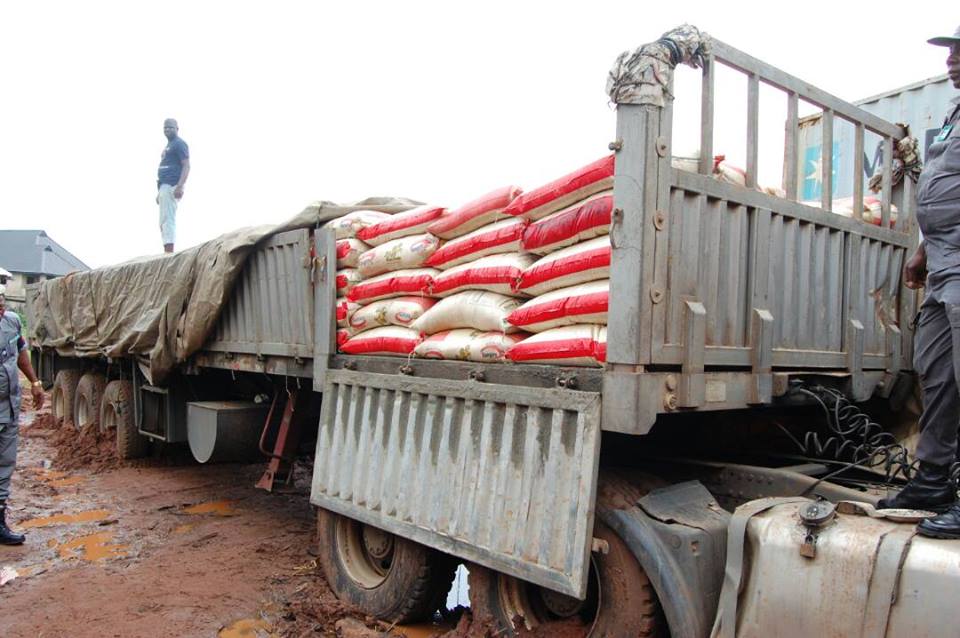 The Nigeria Customs Service (NCS) has arrested four suspects in Sokoto who allegedly smuggled 589 bags of imported rice concealed in a petrol tanker.

The Comptroller of NCS in Sokoto, Kebbi and Zamfara Command, Nasir Ahmad, made the disclosure to journalists on Tuesday in Sokoto.

He said when the bags of rice were removed from the petrol tank they had been contaminated by black oil, which is dangerous to human health.

He appealed to the people, especially those residing in border communities, to assist officials of the command with relevant information to track down smugglers.

According to him, this is the third time the command is intercepting such illegal goods in a tanker.

He said that on investigation it was revealed that the suspects were on their way to Suleja in Niger State.

Mr. Ahmad explained that smuggling cripples nation’s economy and enjoined Nigerians to key into the federal government agricultural support programme on rice cultivation in other to create job opportunities.

FG to PDP: Your apology not enough, return looted fund