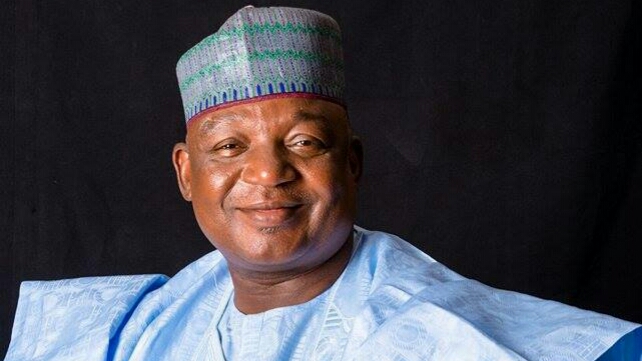 We have land for universities not cattle colonies – Kaduna Senator

In a statement he signed, the senator urged the federal government to demand land to build universities and other institutions instead of creating cattle colonies, adding that Kaduna state has already given out much land.

The Minister of Agriculture and Rural Development, Audu Ogbeh, had announced that the establishment of cattle colonies in the states that had volunteered land would commence this week.

He said that the 16 states (including Kaduna) that had volunteered to provide land for the establishment of the cattle colonies are from northern Nigeria.

“The population of Southern Kaduna is fast increasing with equal demands new farmlands, animal rearing and other land uses for now and in the future.

“Ask us for lands to site universities, government institutions etc. We are willing to give out our lands in partnership with industrialists, mechanised farming, estate developments and all positive social and economic endeavours that are of mutual benefits to everyone.

“No land in Southern Kaduna is free again for the exclusive economic benefit of a group of people who have paid us with mass murder and destruction in scores of our settlements since 2011 for humanely accommodating them and their forebears.

“Herdsmen are rich and can afford to negotiate and buy lands from willing farmers to ranch their animals as is the practice in modern times, since pastoralism is regarded as backward and prone to conflicts,” he said.

Mr. Laah, in his statement, stressed that a peaceful coexistence between residents of the state and Fulani herdsmen is possible because ‘the local herdsmen are law abiding.’

“We have co-habited for very long with Fulani herdsmen without the kind of strange and evil relation that their presence has suddenly turned into in many communities of Southern Kaduna. Herdsmen, their cattle and our people have fared even better in the past when we peacefully lived together in affected communities.

“It is still possible to normalise that relationships if government is sincere and serious about it, because we believe that majority of our local herdsmen are law abiding and crave for peace and development,” he said.

The senator further explained that there is an existing Cattle Grazing Reserve in Laduga from land taken away from indigenes of Zangon Kataf and Kachia Local Government Areas dating back decades ago.

“It therefore, means that Southern Kaduna has already given much, much more over the needed 5000 hectares by 15 or at least 6 times the needed space for a Grazing Colony – should the size of Laduga Grazing Reserve be put at 72,000 or at 32,000 hectares”, he explained.

The lawmaker who expressed sadness at the recent killings in Kaduna as well as government’s decision to create cattle colonies, said that establishing cattle colonies in the state “would now look as if the terror unleashed on Southern Kaduna and the Middle Belt is to cower them into submitting their prime lands for new colonies of herdsmen that are marauding them.”

“The solution to the strange violence developed by armed herdsmen against farming communities is not confiscation of farmers’ lands and settling those who are plundering them.

“The solution is to bring to justice those carrying out these heinous crimes and provide security for the defenceless – after all some of them have been identified and paid ‘compensation’ by Kaduna State government. When this is done, sincere dialogue to ending the terror may start between all stakeholders in the crisis.

“In conclusion therefore Southern Kaduna does not welcome any Cattle Colony in whatever guise,” he said.