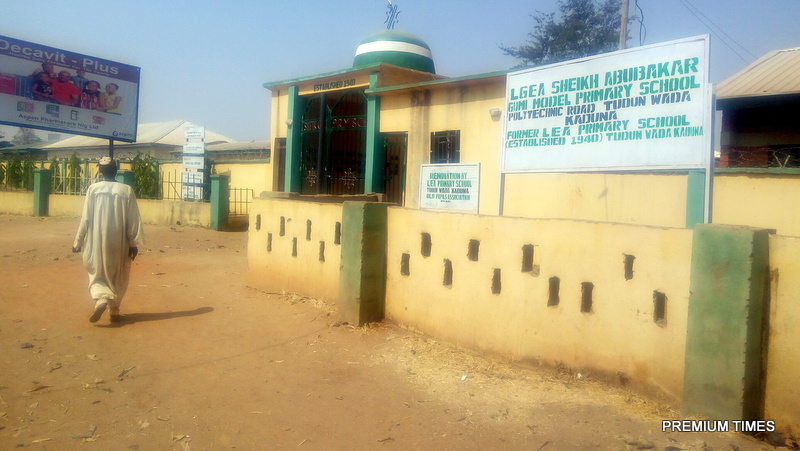 Teachers in public secondary and primary schools in Kaduna State on Monday began an indefinite strike action over job security and welfare issues.

The strike was called by the state chapter of the Nigerian Union of Teachers (NUT).

The government on Sunday threatened to sack any teacher that joined the strike.

In some of the schools in Kaduna metropolis only security guards were noticed in the premises as students and teachers remain at home.

At LGEA Primary School Mahuta and Unguwan Boro only security guards were at the premises while the classrooms were under lock and key.

One of the security guards told NAN that no teacher had resumed, adding that some of the pupils went home after hanging around with no teacher to attend to them.

At LGEA Primary School Unguwan Mu’azu some of the teachers were at the school premises but with no student on sight.

One of the teachers who preferred anonymity told NAN that they directed the pupils to return home because of the strike, adding that the teachers were hanging around in case there might be new directive from the NUT.

At Rimi College in Unguwan Rimi only the management staffs were at their duty posts, as teachers who resumed work and were briefed by NUT official on the strike pledged compliance.

The gate of Maimuna Gwarzo primary school, Tudun Wada, was also under lock when our reporter visited around 11:34 a.m.

A group of teachers seen seated across the road, said union officials chased them out of the school and put it under lock.

“But, we do not want to leave, hoping that an attendance register will be brought for us to register our attendance, to avoid being sacked by the governor,” one teacher said.

“Jobs are hard to get, so we do not want to loose this one please. We appreciate the unions effort, but, we are not sure if they can save us if the governor decides to punish us for complying with the strike,” the teachers said.”

A female teacher also told our reporter that, those who scored below 59% in the competency test were those issued sack letter last week.

“They said the sack will come in batches and many of our teachers scored between 70 and 74%. We pray the governor will consider us and allow us to improve,” the female teacher told our reporter.

The NUT Chairman, Zaria Local Government, Yahaya Abbas, said the strike was inevitable as the state government had ignored all efforts to meet the teachers ‘demands.

He contended that the sack of about 22, 000 teachers, one of the reasons for the strike, was carried out in total disregard to civil service rules and regulations.

“The sack was not done in accordance with civil service rules and majority of the teachers passed the so called examination with more than 60 per cent.

“There is no justification for the governor to fix 75 per cent as pass mark, it has never been done anywhere in the world.

“Even in Oxford, Cambridge or Harvard universities, if you get 70 marks, you are an `A’ grade student.”

Usman Rabi’u, NUT Chairman, Sabongari Local Government, appreciated teachers in the area for complying with the strike order by the NUT and urged them not to waiver “until justice is done.”

He, however, urged the state government to meet the demands of the union so as not to prolong the strike.

A cross-section of teachers said on condition of anonymity that they were dismayed by the lukewarm attitude of the state government towards addressing issues that led to the strike.

NAN reports that the NUT had on Nov. 6, 2017 gave the state government a two weeks ultimatum to reverse its decision to sack about 22, 000 teachers.

The union had obtained an injunction from the National Industrial Court, Kaduna, restraining the state government from disengaging any teacher until the determination of the substantive suit on the matter.

NUT explained it proceeded on strike after the state government began issuing sack letters to the affected teachers after the Christmas and New Year holidays.

Other demands include the payment of salary arrears of more than 15,000 primary school teachers from June 2015 to July 2016, and full payment of salaries of teachers omitted after screening and those being under paid.

The NUT stressed that the state government has also failed to promote teachers and provide teaching and learning materials to schools among others.