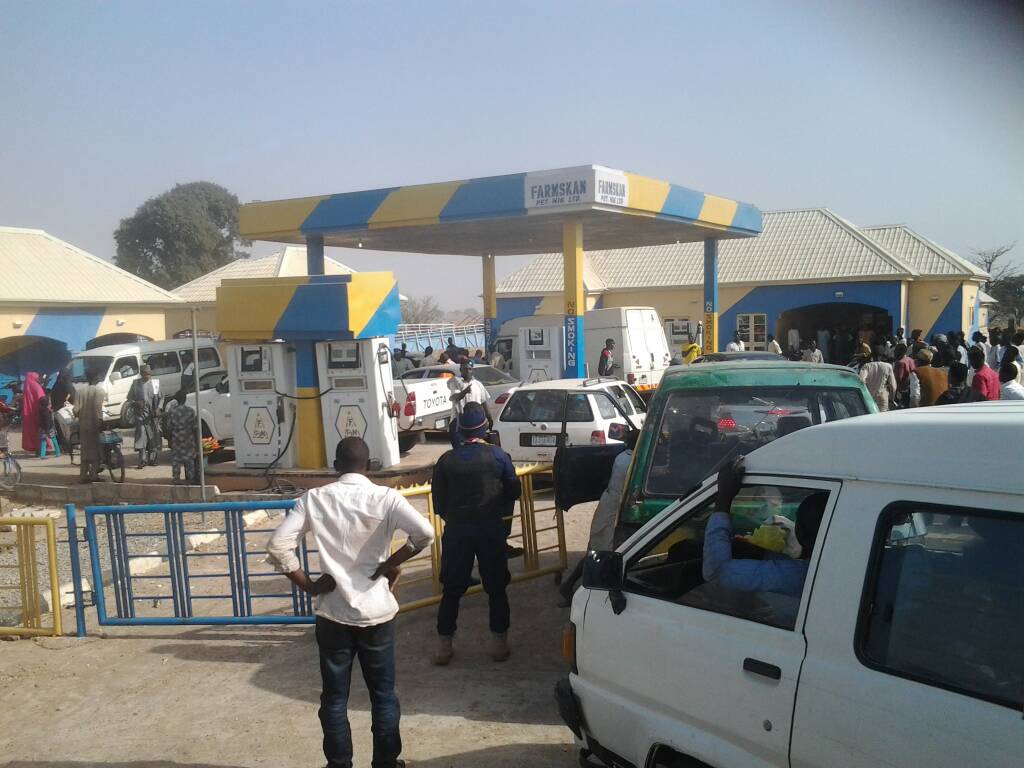 The fuel scarcity across the state has led to long queues in the few filling stations selling the product while many motorists are forced to buy from the black market where petrol is sold at about N270 per litre as against the official price, N145.

Many of the erring filling stations were discovered to have petrol hidden in their underground tanks and in trucks, while many others were selling above pump price.

The task force discovered that FARMSKAN Petroleum Nigeria Limited in Zaria, sealed on Wednesday for selling above pump price at (N205), has illegally broken the seal and sold 1,600 litres at N205 again.

The filling station’s attendants also under-dispensed to the public.

Tafida Isah, leader of the task force and the Zonal Operations Controller of DPR, Kaduna Zone, said FARMSKAN filling station will be suspended for three months, sanctioned and later unsealed to allow the fuel to be sold to the public at government controlled price.

“FARMSKAN filling station which was sealed yesterday (Wednesday) for selling above government controlled price, was discovered to have broken our seal and sold 1,600 litres at N205, out of the 11,000 litres when it was sealed. We met on 9,400 litres upon our follow up visit now.

“They will also be fined for under-dispensing and shall be made to pay a fine of N200 on each of the 1,600 litres sold while under seal,” he said.

Several attempts by the task force to adjust the dispensers to government price failed at some stations, hence the team ordered the sale of 14 litres at 10 litres price to public.

“If you are caught selling above pump price, you will be fined N100,000 per dispenser. If you are caught hoarding, it will be sold to the public and sanctioned appropriately, the official said adding, “other filling stations caught hiding the products instead of sealing them, will be made to sell to the public at controlled price, in order to alleviate the suffering of the public.”

A mild drama ensued at the station when an attendant, on sighting the task force, tried to re-adjust the pump price from illegal N215 price to N145, but ended up adjusting below the control price.

The task force also discovered 3, 800 litres of petrol and a 33,000 litre tanker loaded with kerosene at MAMU Petrol Station at Gwargwaji.

The station was immediately ordered to sell the product to the public at the approved price.

The team then moved around Zaria metropolis to ensure availability and sale of the products.

Abba Bukar, Executive Director, Operations, Kaduna Refining and Petrochemicals Company Limited, KRPC, who led the NNPC team, while speaking with our reporter said the Crude Distillation Unit is back on stream and is currently operating at 60 per cent production capacity.

“At least you left the PPMC area office , and the depot, you have seen trucks being loaded with products out of those places.

“PPMC should be able to give the exact number of trucks loading with different products from here,” the EDO said, when pressed further on the number of trucks which had loaded so far from Kaduna, during the fuel crisis.

The Senate President, Bukola Saraki, had on Wednesday directed members of the Senate committee on petroleum down stream, chaired by Kabiru Marafa, to cut short their holiday in order to seek ways of addressing the lingering fuel crisis.

Adamawa will do ‘stomach infrastructure’ in 2018, says Gov. Bindow