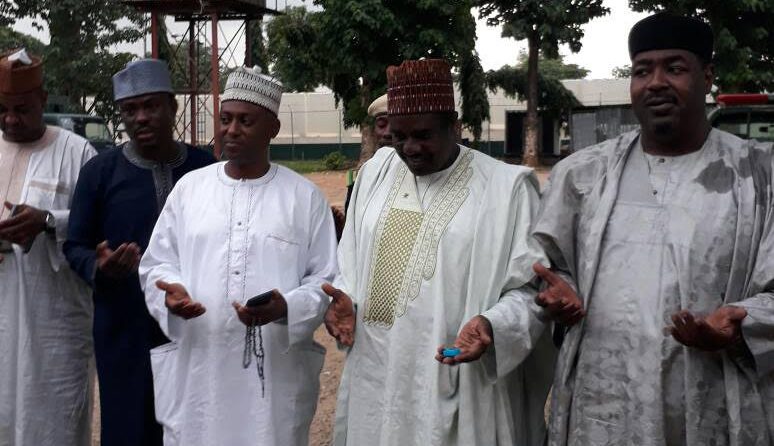 A former Jigawa State governor, Saminu Turaki, was on Thursday released on bail from the Kuje Prison after days trying to meet the conditions.

PREMIUM TIMES confirmed that Mr. Turaki, who was granted bail bond of N500 million with two sureties, was released to the Maganin Garin Sokoto, Hassan Danbaba, and another close associate.

Despite being on the run for three years after a warrant of arrest was issued on him, an Abuja court granted bail to Saminu Turaki, about one week after he was arrested.

The anti-graft agency, EFCC, however, stated its opposition to the bail reminding the judge of how Mr. Turaki had avoided arrest for many years. The agency also said the bail condition was not stringent enough.

Another court in Abuja, however, granted Mr. Turaki bail again, this time with more stringent conditions which were eventually met on Thursday.

PREMIUM TIMES reported how Mr. Turaki was arrested by the EFCC, three years after an arrest warrant was issued by a Federal High Court in Dutse, the Jigawa State capital, on May 3, 2014.

The judge, Sabi’u Yahuza, had directed the police and the EFCC to apprehend Mr. Turaki whenever sighted and bring him before the court.