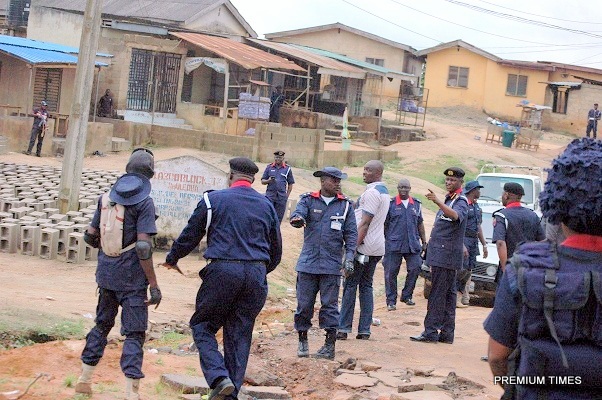 The Nigeria Security and Civil Defence Corps, NSCDC, in Sokoto State said it has arrested a couple for allegedly burning the male organ of a 17-year old teenager, name withheld, over rape allegation.

The Commandant of the Corps, Babangida Abdullahi, confirmed the arrest in an interview with the News Agency of Nigeria in Sokoto on Wednesday.

Mr. Abdullahi said that the couple were arrested on Tuesday, at their Sama residence, Sokoto.

He said: “They alleged that the teenager, a Senior Secondary School three student, raped their four-year old daughter.

“So, they sponsored some boys who seized him on March 24, took him to the suspects’ house, the suspects severely tortured him and burnt his manhood.

“They also locked him up in a toilet up to the following day, March 25.

“The victim was later taken to the Specialist Hospital, Sokoto, where he is responding to treatment.”

Mr. Abdullahi said that the couple was arrested on March 28, for allegedly taking the law into their hands.

The commandant further said that the suspects would soon be arraigned in court upon the conclusion of thorough investigations.

The father of the victim, Abdullahi Ibrahim, a teacher at Sultan Bello Secondary School, Sokoto, appealed to the state government to assist the family in seeking justice for his son.

He also made similar appeal to the Sultanate Council of Sokoto, local and international human rights groups, among others.

Mr. Ibrahim said one of the suspects had threatened to kill him in the event that he made attempt to take any action.

The suspects, however, denied the allegations in an interview with NAN.