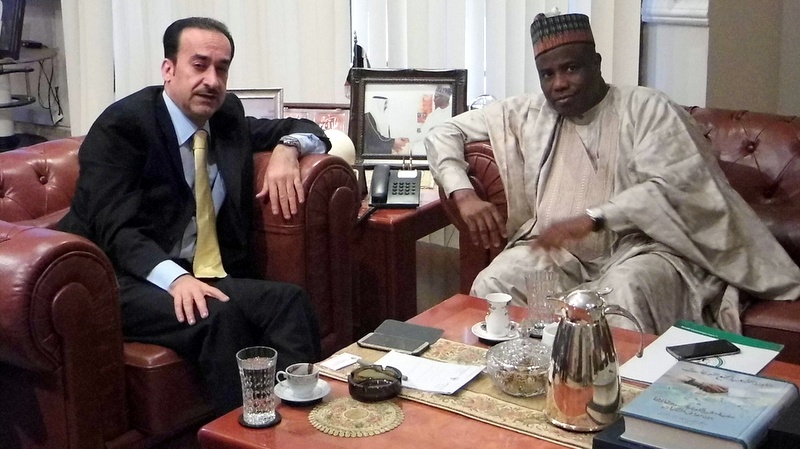 As part of efforts to boost educational, cultural and business ties with the State of Kuwait, the Sokoto State government said it is making concerted efforts to benefit from the Arab country’s $1billion development fund set aside for intervention in critical social sectors in sub-Saharan Africa.

‘Making this known when he visited the Kuwait Embassy in Abuja, Governor Aminu Tambuwal said since setting aside the fund in 2013 to be expended within a five year circle, significant number of projects have been executed by the Kuwait government in Africa.

“We are making presentations to benefit from the fund and use the proceeds to intervene in sectors like health, education, water supply and women development. We are mindful of the fact that large chunk of it has been accessed by sister African countries, but we are determined to ensure our people are not left behind in this important intervention.

“In addition to this, we believe we can expand our areas for cooperation with the Kuwaitis and I’m here to invite them to explore areas of investment in Sokoto. We have competitive advantage in sectors like agriculture and mining, and I want our two states to benefit from what each other can offer,” Mr. Tambuwal said according to a statement issued by his spokesman, Imam Imam, in Sokoto Sunday.

The Governor added that Kuwait and Sokoto government are also collaborating in areas of management of Zakkat and endowment funds.

In his remarks, Kuwait Ambassador to Nigeria, Abdulaziz Al-Sharrah, commended the Sokoto government for showing interest in benefitting from the fund, saying his country is keen to deepen areas of cooperation with Nigeria and other African countries.

Other areas of cooperation discussed between the Governor and the Ambassador include cultural exchanges, increased infrastructure development and greater economic integration between their two states.