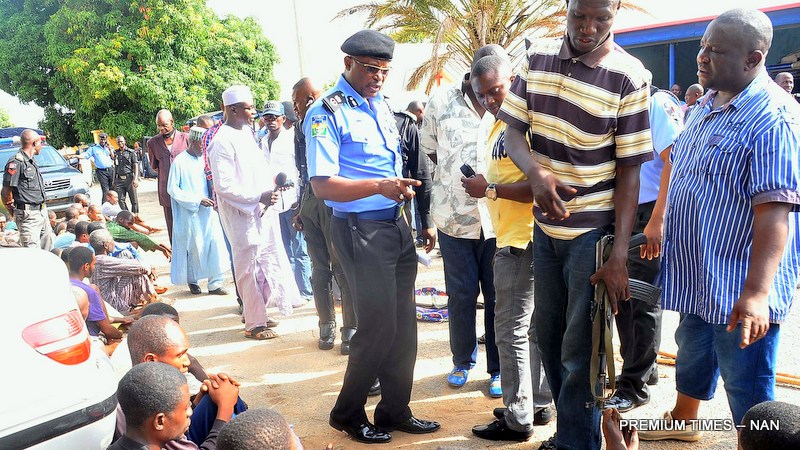 The Police in Kaduna State, on Thursday, paraded four persons suspected to have killed Ismail Inusa, a Nigerian Army colonel.

Mr. Inusa of the Army School of Infantry Corps, Jaji, was abducted on March 27.

His corpse was found on April 1 in Chikun Local Government Area of Kaduna state.

The Commissioner of Police in Kaduna state, Adamu Ibrahim, said the suspects were arrested by a joint team of the command and police intelligence response team from Force headquarters.

He said another suspect known as Dan Sokoto was still at large.

The commissioner said AK47, pump action guns, four pistols and caches of ammunition were recovered from the suspects.

In another development, the command recovered 629 livestock from a cattle rustler who had allegedly been terrorizing Kaduna, Niger, Kogi, Kebbi, Zamfara, Nasarawa, Katsina and Plateau States.

Mr. Ibrahim said the police recovered 507 cows, 110 sheep and 12 donkeys from the rustler.

The commissioner appealed to the public to assist the command with vital information to rid the state of crime. (NAN)