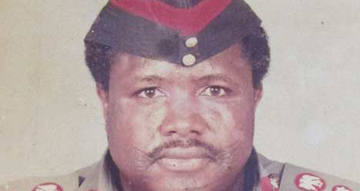 Senator Abubakar Tanko Ayuba has died at the age of 71.

His nephew and deputy Senate Leader, Bala Ibn Na’Allah, who confirmed the death to our PREMIUM TIMES, said Mr. Ayuba died around 5:05pm on Wednesday at Lagos State University Teaching Hospital (LUTH) after a protracted illness.

“Yes, my uncle, Senator Abubakar Tanko Ayuba has died.We are making preparation for his burial according to Islamic right,” he said.

Late Senator Ayuba is survived by a wife and children, among whom is the current Kebbi State Commissioner for Justice, Rakiya Ayuba.

He served as a senator representing Kebbi South in 2007 and was a the military administrator of Kaduna State between 1990 to January 1992.

The chairman of the Kaduna Council of the Nigeria Union of Journalists (NUJ), Garba Muhammad, and Muhammadu Magoro, a senator, were among those who traveled to Lagos to prepare for the burial.