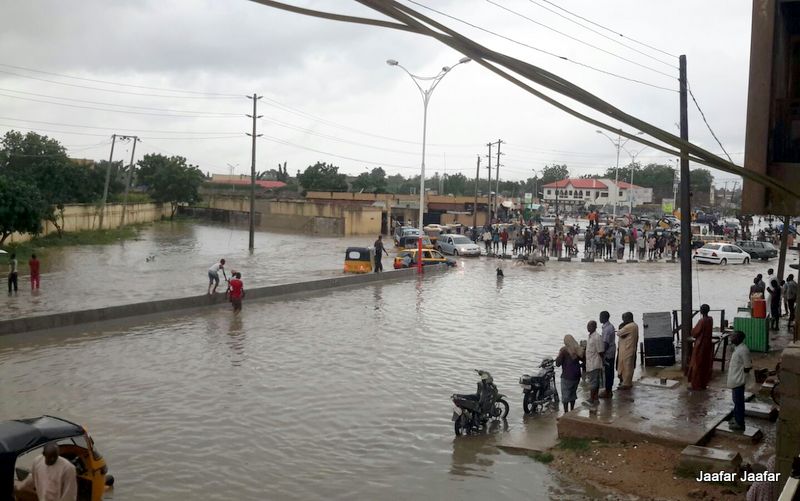 Major roads and residential areas in Kano metropolis were hit by massive floods on Monday, following heavy downpour that lasted for several hours.

PREMIUM TIMES observed several roads in the city center were either completely blocked or not motor-able as they were flooded.

Our reporter observed that several vehicles were stuck in the flood, causing traffic gridlock around the affected areas.

On one of the worst-hit roads, Murtala Mohammed Road by Daula Hotel, our reporter observed that many cars broke down in the flood, forcing motorists to abandon them. Kofar Nasarawa was also affected.

The flood came barely a month after the state government conducted a two-week state-wide sanitation exercise to clear the drainages and evacuate waste.

Contacted, the state commissioner for Environment Ali Makoda, absolved government of blame, saying the administration has made efforts in the past few weeks to forestall recurrence of the floods.

He called on people to stop dumping refuse in drainages, saying the flood occurred due to blockages in major waterways and drainages in the residential areas.