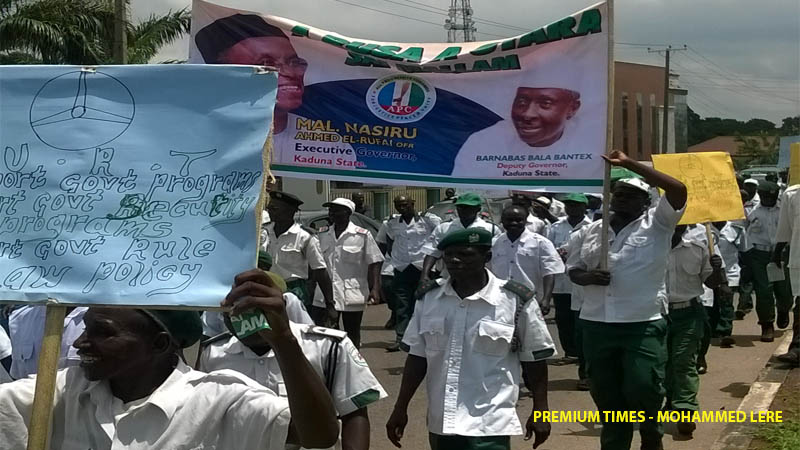 Members of various unions in Kaduna State on Monday carried out a peaceful rally around major roads to show support for the current demolition exercise embarked upon by the state Governor Nasir El-Rufai.

The groups, including the Nigerian Union of Road Transport Workers, Kaduna State Market Association, New Panteka Old Students Association for Skill Acquisition, GSM Hand set Sellers, carried placards with inscriptions – “We Support Your Mission, El-Rufai,” during the rally, caused traffic gridlock along Sokoto Road to the Round About in front of Government House where the rally terminated.

Mr. El-Rufai, while addressing the crowd at the main entrance of Government House, shortly after attending a maiden Executive Council Meeting, said his government will continue to resist any attempt by land grabbers to take over schools and hospital lands in the state.

He said, those with genuine papers, who obtained valid building permits, will be adequately compensated.

“But those who build illegally, their buildings will be demolished without compensation; and those with buildings near classrooms, we will take the pains to compensate them and demolish the structures.”

Mr. El-Rufai said his government is currently verifying other cases of illegal building in schools and hospitals across the state. 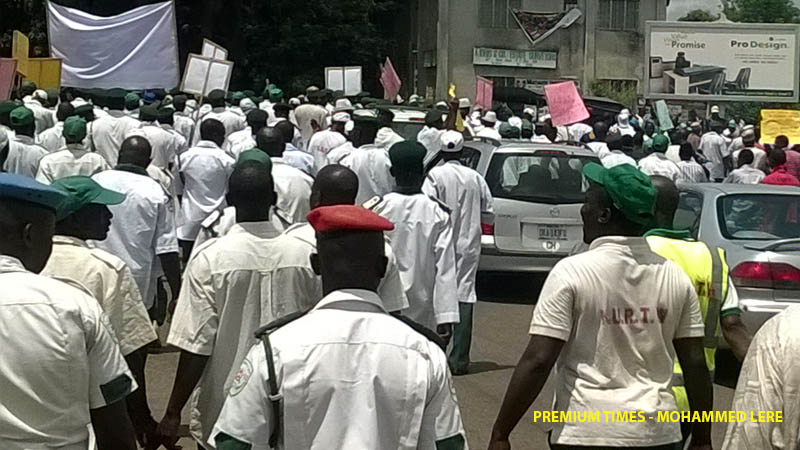 “What we want in future is that our schools and hospitals meant to render services to the poor in the state should never be encroached again.

“We shall resist any attempt by land grabbers to take over the lands.

“We thank you for supporting us,” he said.

Earlier, during the Executive Council Meeting in the chambers, Mr. El-Rufai called on the new council members to work hard to meet the state’s lost years of development.

He expressed optimism that the council will not disappoint the people of the state and urged the commissioners and other council members to work as a team.

Aliyu Banga, who spoke on behalf of all the unions, surrendered the Certificate of Occupancy for his house, to the governor and said the property should be demolished if it falls within the purview of illegal buildings.

“I have surrendered my C of O. If it warrants demolition, govt should go ahead and do so,” he told the governor and the crowd.