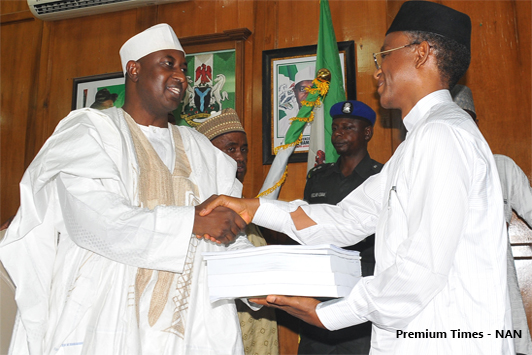 The outgoing governor of Kaduna state, Ramalan Yero, has announced that his administration is l​eav​ing behind N8.6 billion in the state government treasury.

This is contrary to the rumor​ that​ the outgoing governor is l​ea​ving an empty treasury for the incoming governor.

The governor also disclosed that over N73 billion would be left as debt for the state contrary to over N100 billion debt speculated.

He said the state government awarded so many projects in the state of which many have been completed and the contractors paid.

Mr. Yero said he has no doubt in mind that the handing over notes, which has comprehensive information would enable successful take-off of his successor.

In his remarks, the incoming governor, Mr. El-Rufai, said he was surprised the situation in the state was not as bad as he though​t​.

He said they will still go through the notes and hope the outgoing government would be ready to explain areas that need to be explained.

He thanked the outgoing governor for his support, saying with his prayers,the new government would succeed in moving the state forward.

He also commend​ed​ both transition committees for a job well done.