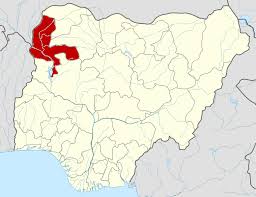 Bello Sarkin-Yaki, the governorship candidate of the Peoples Democratic Party, PDP, in the April 11 elections in Kebbi State, has filed a petition challenging the outcome of the election.

The Secretary to the state Election Petitions Tribunal, Micheal Nwagbegbe, said this to the News Agency of Nigeria in Birnin Kebbi on Sunday.

He said that Mr. Sarkin-Yaki, in a petition number EPT/KB/GOV/001/2015 filed before the tribunal, was contesting the declaration of Atiku Bagudu of the All Progressives Congress, APC, as the governor-elect for the state.

He added that Mr. Bagudu and the Independent National Electoral Commission were joined as respondents.

According to him, no date has been fixed for hearing in the case.

In a separate interview, the spokesman of the governorship candidate, Haruna Usman, said the petition was sequel to an investigation by the PDP, “which uncovered anomalies that occurred during the election”.

He said the outcome of the petition would offer an opportunity to the electorate to have a clear picture of what transpired during the governorship election in the state.

Mr. Usman said that the 366-page petition captured adequate grounds to satisfy the tribunal on the anomalies uncovered by the party and the PDP candidate during the exercise.