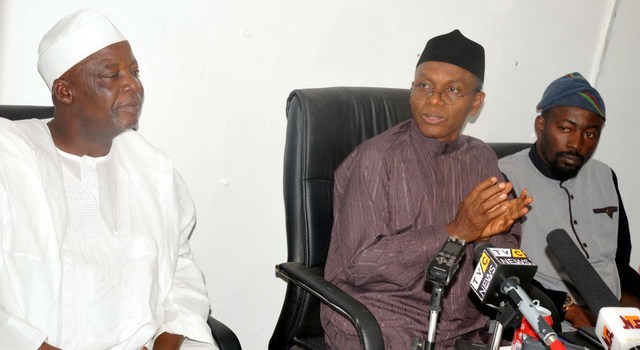 A former Minister of the Federal Capital Territory, FCT Nasiru El-Rufai, has identified the failure of the late President Umaru Yar’adua and Governor Patrick Yakowa of Kaduna state to choose competent people as running mates, as the reason why Nigeria and the state are being misgoverned.

Mr. El-Rufai, who is the Kaduna State governorship candidate of the All Progressives Congress, APC, stated this during a Hausa political phone-in programme of DITV/Alheri Radio, on Saturday in Kaduna.

The gubernatorial candidate who justified the selection of Barnabas Bantex, the Kaduna state chairman of APC as his running mate, noted that the choice was made after due consultation with party members.

According to him, most governorship or presidential candidates prefer to choose people they can manipulate as their running mates and not those who are competent, forgetting that a deputy governor or a vice president can emerge as substantive governor or president.

Mr. El-Rufai noted that President Goodluck Jonathan and Governor Muktar Yero of Kaduna state succeeded their principals following the deaths of President Yarádua and Governor Yakowa respectively. He added that they were not adequately prepared for the task ahead.

“The crisis of underdevelopment and non-performance that we are experiencing at the federal level and Kaduna state will not have arisen if the right calibre of running mates were chosen from the very beginning,” Mr. El- Rufai added.

According to him, Mr. Yakowa woke up hale and hearty and visited Bayelsa state for a burial ceremony but died in a plane crash on his way back on December 15, 2012. He said that Yero succeeded him afterwards and since then, Kaduna state has not witnessed any development.

The APC candidate said that the Yero administration has been claiming that it has executed several projects in the media but “the people of the state have not seen anything on the round.” He pointed out that the projects in states like Kano, Katsina, Zamfara and Nasarawa are visible for all to see.

“The few of the projects that the government has executed are so inflated and shoddily done that they do not justify the money that was spent on them,” the former Minister pointed out.

Mr. El-Rufai, who is a Quantity Surveyor, said that the office complex within Sir Kashim Ibrahim House, the Kaduna state seat of power, which cost N9 billion is grossly over-inflated and it is not up to the standard of Ekiti Government House which cost N2 billion.

The gubernatorial candidate who described his running mate as an accomplished politician, noted that he was chairman of Kaura local government before proceeding to the House of Representatives.

Mr. El-Rufai said that he knew Banext since their university days as a detribalised Nigerian and someone who can unite the party.