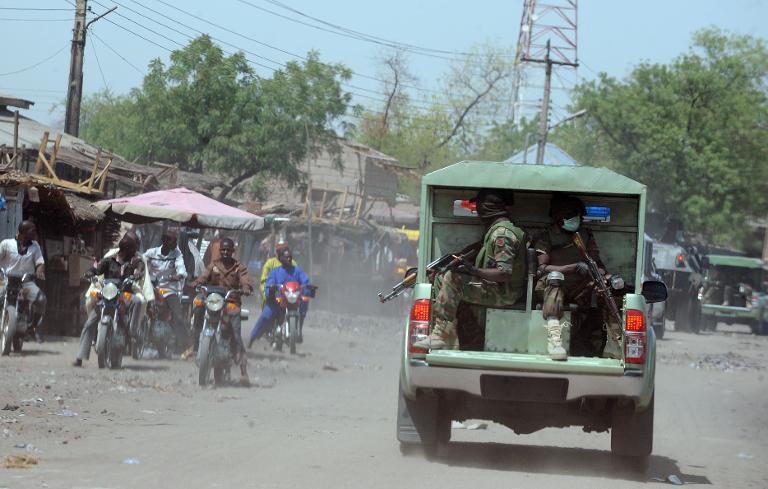 The Kano State Joint Task Force, JTF, on Sunday said it captured a bomb manufacturer at his residence in Kano.

The Kano State spokesperson, Ikedichi Iweha, said in a statement that after intelligence gathering, the bomb maker was captured during a gun battle with the JTF operatives on Saturday at 1 a.m.

He also said that preliminary investigation revealed that the suspect is an Improvised Explosive Devices manufacturer; and his residence, a staging ground for terrorist activities in Kano.

Mr. Iweha refused to reveal the identity of the suspect to PREMIUM TIMES, because according to him investigation was still going on.

He, however, said that troops of the 3 Brigade in Kazaure Local Government Area, Jigawa State conducted a pre-dawn raid at a residence that led to the arrest.

The JTF spokesperson said three women and three toddlers were released unhurt from the grip of the bomb maker, while five AK 47 rifles, five magazines, 333 rounds of 7.62mm special ammunition and various improvised explosive devices were recovered from the residence on further search.

The JTF had earlier alerted members of the general public of fleeing terrorists from major theatres of operation in the North East axis of the country to ‘cooler ‘ areas due to pressure being mounted on them by the ongoing military operations in these areas.

Mr. Iweha also encouraged the public to compliment the efforts of the JTF by carrying out thorough checks on the background of persons who wish to let property especially in outskirt areas of major towns.

A death in the Falana clan