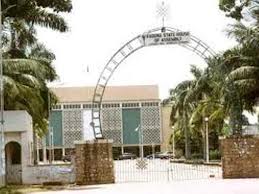 Lawmakers complained about the work ethics of public doctors.

The Kaduna State House of Assembly on Tuesday directed its Committee on Health to investigate the conduct of medical doctors and the declining quality of medical services in public hospitals of the state.

The Assembly, presided over by the Speaker, Muazu Gangara, took the decision following deliberations on a motion presented by Philemon Gidan-Mana, representing Makera constituency urging it to investigate the matter.

Mr. Gidan-Mana had in the motion accused medical doctors of displaying shabby attitude to work and contributing to the decline in healthcare services in the state.

He said that some health personnel were harsh to patients and lacked necessary humane disposition as required in a hospital setting.

The lawmaker added that most doctors in government hospitals consulted at private hospitals and spent more time at such hospitals than their places of primary assignment.

“It is a self-serving attitude that seeks to promote the doctors’ quest for money at the expense of the public, and detrimental to public good and must be halted,’’ he said.

According to him, most medical doctors in the state earned a minimum of over N250,000 monthly.

“I want this hallow chamber to look into the health sector, especially on the nonchalant attitude of doctors in the public hospitals,’’ she said.

Balarabe Jigo, representing Kakangi constituency in the Birnin Gwari Local Government Area of the state, said the health of citizens was very important, adding that “no state can develop without proper health services”.

On his part, Kantiok Irimiya, representing Zonkwa constituency called for proper investigation into the matter, adding that the report should be used by the House.

At the end of the deliberation, the speaker directed the health committee to undertake “in-depth study and investigation” on the matter and report back its findings within two weeks.