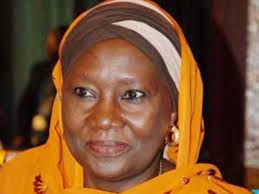 The minister said the remediation exercise was successful.

The Minister of Environment, Hadiza Mailafia, said on Monday that 300 buildings contaminated with lead poisoning in Bagega Village in Zamfara had been rendered safer for habitation.

Bagega village is in Anka Local Government Area of Zamfara.

This is contained in a statement by Lawrence Ojabo, the Deputy Director, Press and Public Relations, Ministry of Environment, and made available to newsmen in Abuja on Monday.

Ms. Mailafia, who stated that the 300 houses represented 75 per cent of the lead contaminated buildings in Bagega, assured that the village had also been rendered safer for habitation.

The minister disclosed this at Bagega Village, where she received members of the good governance tour led by the Minister of Information, Labaran Maku and Zamfara Governor, Abdulaziz Abubakar.

According to the statement, Messrs Maku and Abubakar visited and inspected the ongoing remediation works at the project site.

Ms. Mailafia said that the works involved the sequential and mechanical removal of exposed surfaces which were scientifically and safely replaced with new sand or cement materials.

She informed the good governance team that the exercise involved several ministries, departments, agencies and international technical partners at a cost of N800 million fully borne by the Federal Government.

She revealed that the works were consistent with international best practices and of the highest possible standards that were provided by Messrs Terra Graphics consultants working with Medicines Sans frontiers.

Ms. Mailafia said that after the completion of all remediation activities in June 2013, the Federal Ministry of Health would move to the site to provide more medical intervention for victims of the lead poisoning.

She said that the Ministry of Mines and Steel would also step in to educate the people and ensure that they adopted safer mining practices.

The minister said that the ministry and the state Ministry of Environment would continue to carry out education and advocacy campaigns among the populace to prevent a recurrence of lead poisoning epidemic in the area.

The minister said that the project also generated other capacity building opportunities for 87 staff of the Zamfara Ministry of Environment.

She said that the technical consultant assured that the works were of the best possible standards.

The Minister of Information, Mr. Maku, observed that the epidemic arose from unsafe open earth mining practices in the past.

The minister said that the Federal Government through the ministry of mines and steel would be addressing the problem after the remediation by the ministry of environment.

The Bagega lead poisoning remediation project involves the removal of the lead contaminated soils, mining, and mineral processing wastes from the village. Hundreds of children were reported to have died from the lead poisoning.