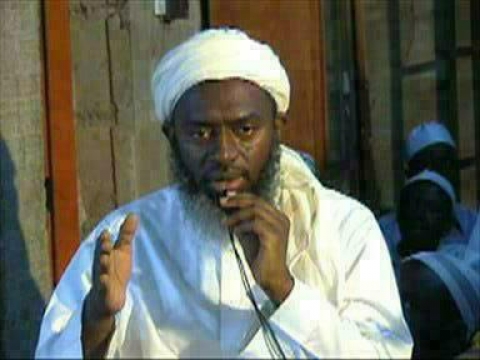 There is evil force among Nigerian security agents- Gumi

The Islamic scholar says some Nigerian security agents hide under masks to kill.

An Islamic Scholar in Kaduna State, Ahmad Gumi, has alleged that there is an evil force among Nigerian security agents that makes them commit crimes against humanity in the name of fighting terror.

The scholar, known for his outspokenness, posted this comment on his facebook page. He was reacting to the cordon and search operation carried out by combined security forces at Rigasa, Kaduna State on Thursday.

Mr. Gumi also faulted the army’s decision to demolish the houses of suspected terrorists after conducting their operations, saying there was no need for that.

“Why is the need to demolish homes when they should be forensic evidences in a court of law?”

“The point is that there is an evil force in the security hiding behind the mask committing all crimes against humanity in the name of fighting terror,” he alleged.

On the post, the scholar, apparently referring to the security agents, said he believes that anyone who kills an innocent life will not go unpunished.

“So will also be the end of those that shed people’s blood to stay afloat! May Allah Guide us all and protect us from all Evil, amen,” he said on his facebook page.

He lamented that many Christians and church goers have been victims of various terror acts, committed by terror groups as Boko Haram.

“We have unequivocally condemned it as un-Islamic quoting copiously from the Quran and the Hadith in previous sermons,” he said.