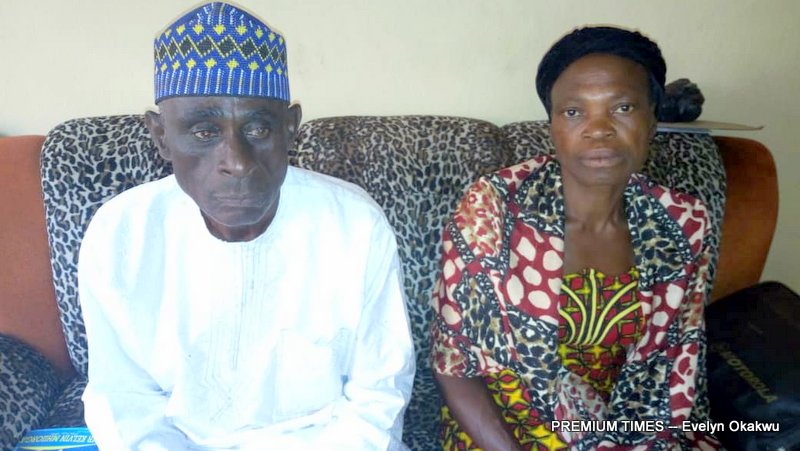 Ochanya, a 13-year-old schoolgirl, suffered complications from prolonged rape allegedly by Andrew Ogbuja and his fugitive son, Victor, who are her maternal relations.

The Court of Appeal in Makurdi, on Friday, upheld the conviction of Felicia Ogbuja for failing to protect a minor, Ochanya Ogbanje, who was allegedly raped by Mrs Ogbuja’s husband and son.

Ochanya, a 13-year-old schoolgirl, suffered complications from prolonged rape allegedly by Andrew Ogbuja and his fugitive son, Victor, who are her maternal relations.

She was admitted to the Federal Medical Centre in Makurdi for two months before she died on 17 October 2018.

The Federal High Court judge, Mobolaji Olajuwon, found Mrs Ogbuja guilty of failing to protect the deceased girl from rape while in her custody.

In April 2019, the National Agency for the Prohibition of Trafficking In Persons (NAPTIP) charged Mrs Ogbuja with negligence leading to the rape and death of Ochanya.

Determined to upturn her conviction, Mrs Ogbuja filed an appeal at the Court of Appeal in Makurdi, challenging the lower court’s jurisdiction to entertain the suit amongst other issues.

Delivering judgement on the appeal via Zoom, on Friday, the Court of Appeal in Makurdi, agreed with the Federal High Court in Makurdi that Mrs Ogbuja failed in her duty to protect Ochanya from the “sexual exploitation” of her husband and son.

A three-member panel of the appellate court led by Hassan Muslim dismissed Mrs Ogbuja’s argument that the charge was unknown to the law.

“The conviction endures on appeal once it is shown by the facts on which the appellant is convicted constitute an offence known to law. It does not matter if the conviction is under the wrong section of the law,” Mr Muslim ruled.

He said Mrs Ogbuja understood the charge and pleaded not guilty to it as she “tailored her defence towards same.”

He held that the appellant’s conviction did not occasion a miscarriage of justice, saying, “The offence is the defendant’s omission to take action against the sexual exploitation of Ochanya by her husband and her son.”

Giving insights into the nature of Mrs Ogbuja’s offence, the judge explained: “The crime of omission is an offence that is categorised by a person failing to perform an act that is required, including omitting to take care. It is the neglect to do what the law requires.”

Citing Section 344 of the Criminal Code Act under which Mrs Ogbuja was convicted and sentenced, Mr Muslim said, “The defendant is in breach of that duty of care.”

“Section 344 of the Criminal Code Act is an appropriate Section of the law which accommodates the offence as charged in count one.

“The law provides that any person who unlawfully does any act or omits to do any act which it is his duty to do…is guilty of a misdemeanour and is liable to imprisonment for six months.”

Recalling the travails of the deceased teenager, the judge said Mrs Ogbuja “does not deserve any sympathetic consideration of this court.”

Mr Muslim said the appellant, from the evidence available, “had the duty to protect and care for the wellbeing of Ochanya as she (Mrs Ogbuja) was legally responsible for her (Ochanya) while in her custody.”

But the appellate court found that Mrs Ogbuja “omitted to take action against the sexual exploitation of Ochanya by her husband. She knew of the abuse and did nothing to protect the late Ochanya from the several abuse(s) which were brought to her attention.”

“The appellant failed to take steps to ensure the wellbeing of Ochanya which will include her not being sexually abused or exploited as she was in the house of the defendant so she could go to school, and would not want anything to jeopardise her schooling, led to the harm suffered by Ochanya.”

Mr Muslim held that the appellant “deserves more time of imprisonment to deter others of like minds.”

He noted that the harm Ochanya “suffered includes not only the illness she suffered but also the abuse itself which affected her wellbeing.”

The appellate further held that Mrs Ogbuja “allowed such a heinous crime to take place under her watch, even when her own daughter (Winnie Ogbuja) brought to her attention the sexual exploitation of Ochanya.”

“Having resolved the sole issue for determination against the appellant, it means that this appeal must fail, it fails and it is hereby dismissed.

“The judgement of the lower court delivered by Hon Justice M.O Olajuwon on 28 April 2022, is hereby affirmed. That is my judgement!” Mr Muslim declared.

Before ending his judgement, Mr Muslim lauded the “relentless efforts” of late Ochanya’s caregiver, Enewa Soo, the International Federation of Women Lawyers and NAPTIP, in championing the course of justice.

“I must commend the relentless efforts made by Ochanya’s caregiver, PW5, the International Federation of Women Lawyers (FIDA) and NAPTIP. Without their efforts, this case will not have seen the light of the day. It would have been tagged a family affair.”

He said the appellant and her family members attempted to kill the case as a “family matter” when they approached Mr Ogbanje, the deceased girl’s father.

Since the news of Ochanya’s rape broke in August 2018, Mr Ogbuja’s son, Victor, has been on the run.

The junior Ogbuja was an undergraduate at the Federal University of Agriculture in Makurdi but went into hiding when the police initially launched a manhunt for him at their Ugbokolo residence in Okpokwu local government area of Benue State.

Miss Ogbanje, in search of a sound education, left her rural home at Ogene-Amejo for the Ugbokolo township, where she lived with the Ogbujas.

Mrs Ogbuja is said to be Ochanya’s maternal relation.

The Ogbujas’ residence, where they lived with the deceased, was said to be located on a street almost opposite the Emmanuel Primary and Secondary School where Ochanya obtained her primary education in Ugbokolo, Benue State.

Ochanya, who was a JSS1 pupil of the Federal Government Girls College, Gboko in Benue State, died on 17 October 2018, of complications linked to alleged serial rape by Mr Ogbuja and his fugitive son.

This newspaper reported how Mr Ogbuja was arraigned on four counts of sexual abuse of the late Ochanya during a period of over five years, which resulted in her death in October 2018.

The father and son allegedly abused the late Ochanya while she was living with them. But the son, Victor, disappeared after police started looking for him and his father over the case. The court later discharged Mr Ogbuja of the rape charges.

Nigeria vs Portugal: Why I wanted Pepe’s jersey – Finidi