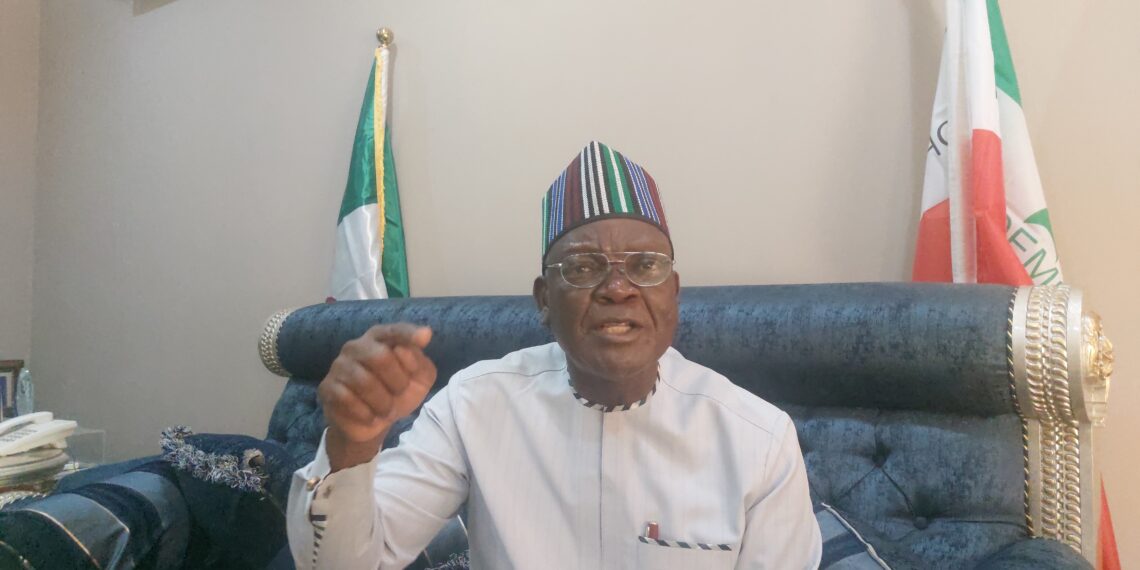 Governor Ortom says he is hopeful the contentious issues in the PDP will be properly addressed.

Benue State Governor, Samuel Ortom, has dismissed as a ruse insinuations that he has broken away from the camp of his Rivers State counterpart, Nyesom Wike.

Speaking to journalists Tuesday shortly after returning from a brief London trip, Mr Ortom said he remained solidly behind Mr Wike and would continue to frown at the injustices meted out to him.

Some media reports had suggested that the Benue State governor had abandoned Mr Wike, his political ally and teamed up with Atiku Abubakar, the presidential candidate of the Peoples Democratic Party in the forthcoming 2023 elections.

But speaking at the briefing Tuesday, the governor said the reports were not only mischievous but also misleading.

He added that they were calculated “to further fuel the impasse within the PDP and sow a seed of discord between him and his Rivers State counterpart and other members of the group”.

Mr Ortom’s spokesperson, Nathaniel Ikyur, further quoted him as saying “There is no breaking away from our group. I still sympathize with Wike for the injustices meted out on him and our group.

“I just came back from London this morning with Wike and I still maintain my stand on what I said. I have not moved away from there. The party leadership has not been fair to Governor Wike based on the activities that took place during the convention and after the convention.

“They have not been able to adequately deploy the internal conflict resolution mechanism of the party to resolve those issues. So I still sympathize and stand with Wike and let the leadership of the party at the national level do the right thing. It is not too late to do so.

“Politics is about interest, and where your interest is not protected, you have the right to protest. We remain committed to the PDP but still want the right thing to be done, so that everybody will be carried along.”

While noting that it is not late to resolve the issues, Governor Ortom said with the interface he had with the Board of Trustees of the party, he was hopeful that the contentious issues in the party will be properly addressed.

“The issue in contention about the national Chairman, the BOT, was here some few days ago and we deliberated on the matter. They sought to know what my feeling was about the crisis and I told them the truth as far I am concerned.

“I gave them my recommendations and I hope that justice will be done so that our party will gain its position to take over power in 2023,” he said.

The governor said despite the crisis rocking the party at the national level, Benue State does not have any problem, stressing that “from bottom to top, we are good to go, as far as our party is concerned. I am working for our candidates.”