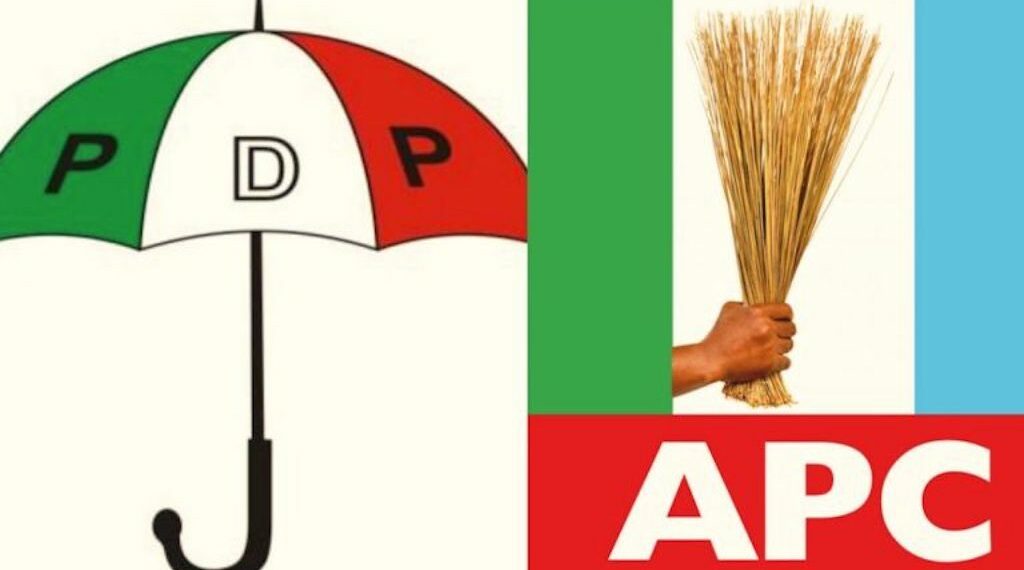 The National Chairmen of the two dominant parties - APC and PDP - hail from the North-central zone.

As political parties make final preparations ahead of campaigns, the two major parties are prioritising the North-central geo-political zone.

Baring last minute change of plans, both the All Progressives Congress (APC) and the Peoples Democratic Party (PDP), will kick-off campaign rallies in Ilorin, the Kwara State capital and Makurdi, the Benue State capital, respectively, PREMIUM TIMES can report.

Kwara and Benue States are in the North-central zone also called the Middle Belt region.

According to the timetable and schedule of activities set by the electoral umpire, INEC, campaigns for the 2023 national elections will officially kick off on 28 September, while that of governorship and state houses of assembly will begin 12 October.

Although it is not clear what informed the parties’ decision to kick-off campaigns in the North-central states, it is also not unrelated to the fact that their national chairmen hail from the region – Abdullahi Adamu from Nasarawa State and Iyorchia Ayu from Benue State.

Both parties have since released the lists of their presidential campaign councils – which have generated controversies among members.

For the APC, PREMIUM TIMES reported how some governors in the Progressives Governors Forum (PGF) complained that some of their nominees were either missing from the 422-member list or not properly captured.

Following the complaints, the governing party, in a statement on Monday, said a comprehensive list is being generated.

“Recall that we had earlier earmarked a peace walk and prayers for Wednesday, September 28, 2022, to officially kick-off our campaigns for the 2023 Presidential Elections.

“We had also announced that the members of the Campaign Council report at the Campaign Headquarters on that day to collect their letters of appointments.

“However, due to the expansion of the list to accommodate more stakeholders and interests within the APC family, we have decided to adjust the timetable of these activities in order to ensure everyone is on board before activities officially commence.

“Consequently, the activities earlier announced for the 28th of September will no longer hold,” the statement signed by the Director General of APC Presidential Campaign Council, Governor Simon Lalong of Plateau State, said.

Similar case played out in the PDP where although aggrieved members like the aggrieved Governor of Rivers State, Nyesom Wike, were included in the list, a few others still complained that the south was not properly represented.

Mr Wike is currently at loggerheads with the party’s presidential candidate, Atiku Abubakar and the national chairman, Mr Ayu.

He has cited betrayal, breach of the party’s constitution and lopsidedness in the party’s leadership structure as his reasons for his grievances.

Although some of his supporters like Governors Seyi Makinde of Oyo State and Okezie Ikpeazu of Abia State were placed on the PCC list, they withdrew from ongoing negotiations with Atiku’s team – a panel that was set up to seek possible reconciliation.

It is not clear if they would still participate in the campaigns.

Many believe the decision of the two parties to commence campaign rallies in the North-central states is to make a statement particularly for the PDP whose chairman is also at loggerheads with his governor, Samuel Ortom. Mr Ortom is considered one of Mr Wike’s strong allies.

The party’s presidential candidate will, on Wednesday, inaugurate the campaign council before the rallies proper.

The parties are also expected to release their timetables in the coming days.