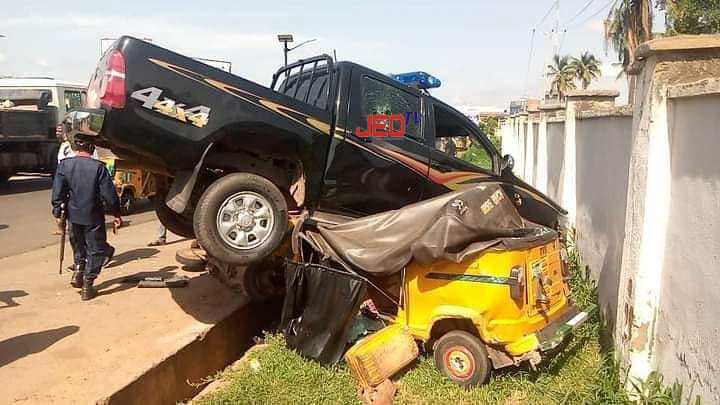 The escort van belongs to a company owned by Sarah Alade, Special Adviser to the President on Finance and the Economy

Earlier on Monday, one of the escort vans belonging to a company owned by Sarah Alade, special adviser to the President on Finance and the Economy, rammed into three tricycles in Ilorin metropolis in Kwara State.

The escort van, according to the Kwara state police, belongs to Hillcrest, an agro-allied company along Ajase-Ipo – Offa road, owned by Mrs Alade.

This newspaper learnt that the van was in the convoy of Mrs Alade’s son, Ayodele Alade, the chief executive officer of the company who is resident in Ilorin, when the accident occurred.

Multiple witnesses told this newspaper that the vehicle, on top speed, ran into the three tricycles close to the state’s Ministry of Agriculture. 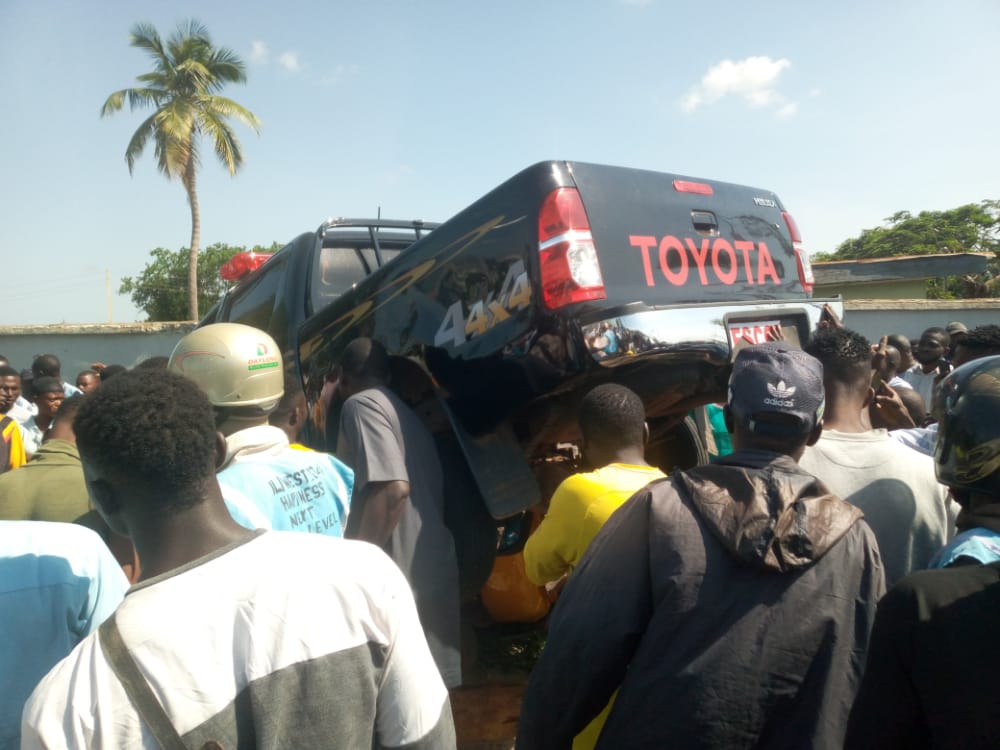 They also said the timely intervention of police operatives saved the life of the escort van driver who was prevented from being lynched by an irate mob of commercial tricycle operators mobilised to the scene of the accident.

An assessment of pictures obtained from Just Events Online, a Kwara-based online medium, showed that the tricycles are a total wreckage.

Meanwhile, according to a statement issued by the police spokesperson, Ajayi Okasanmi, three people, who suffered severe injuries, are currently receiving treatment at the University of Ilorin Teaching Hospital (UITH).

“The accident occurred when the driver of the Hilux Van lost control and collided with the tricycles which resulted in a serious crash leading to injuries on Yusuf Kadiri, Hussein Seriki and Latifat Kamarudeen ‘f’.”

“The victims already taken to UITH Okeoyi, Ilorin for medical attention and are positively responding to treatment.”

Mr Okasanmi also debunked insinuations that some persons have died and that the vehicle involved is government-owned. 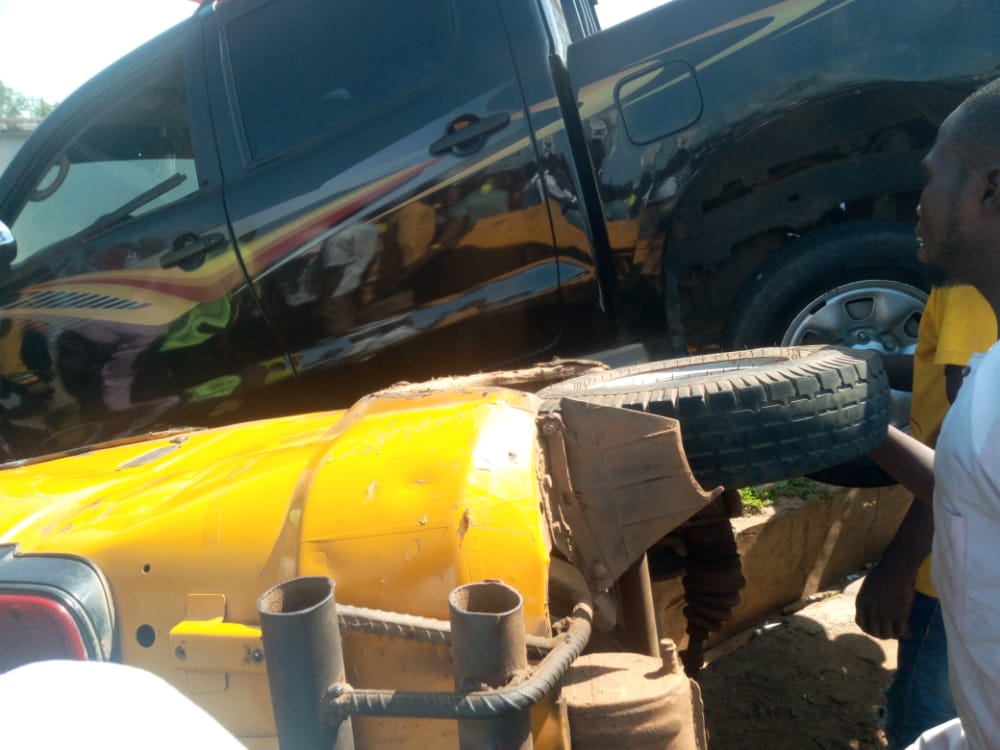 “This press statement becomes necessary to correct some erroneous information making the rounds on the health condition of the victims, none of the victims died, and the vehicle involved in the accident belongs to Hillcrest Agro industrial Company, Offa, and not to the police or government.”

He further conveyed the advice of the Commissioner of Police, Mohammed Bagega, who implored road users to be conscious of safety while on the highways and must make use of traffic codes and road signs at all times, noting that live has no duplicate.

Mr Alade’s telephone was unavailable on Monday afternoon and he was yet to respond to PREMIUM TIMES‘s enquiries sent via text as of press time.

His personal assistant, Tolani Tobun, when contacted, said he was on vacation and could not verify the reports.