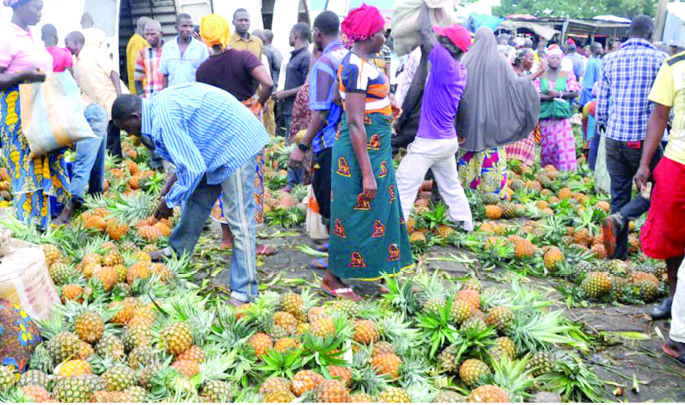 “I prefer village markets because most of the foodstuffs are cheap and affordable," a woman said.

There are many modern markets in the Federal Capital City but elite women in the nation’s capital have chosen village markets as the new destination for the purchase of foodstuff.

The News Agency of Nigeria (NAN) reports that some of these women are seen in their numbers in village markets like Kabusa Market, to purchase all their food needs.

Charity Adeola, a resident of Gaduwa Estate, in her opinion, said, “I prefer village markets because most of the foodstuffs are cheap and affordable.

“I make it a point of duty to come here (Kabusa), to do my foodstuff shopping.”

Phina Mefor, a civil servant, who lives in Wuse, also said that she patronises village markets because she gets fresh food items there.

According to her, apart from the fact that things are cheap, most of the items are very fresh and are brought directly from the farm.

Ms Mefor also said that majority of the traders came from surrounding states with their farm produce, which makes shopping in Kabusa market a one-stop shopping arena.

Victoria John, who sells yams in the market, said the patronage of the elite women had helped the traders.

She said residents of the village could not buy the quantity of foodstuff the elites buy and this had improved their earnings and encouraged them to bring more farm produce to the market.

Kande Favu, who sells grains in Abaji market said the patronage of the elite women had also encouraged them to save money in banks.

“These women don’t carry cash, they always want to do transfer and they buy a lot of things, this made a lot of us to open accounts.”

NAN reports that most of the traders are from remote villages within and outside the Federal Capital Territory, and they usually arrive a day before the market days, they also go to most of the village markets on different market days to sell their produce.

Some of the popular and most patronised village markets in the FCT are, Karimo, Bwari, Gosa, Kabusa, Abaji and Kwali.

These markets operate on different days, Abaji and Kwali are opened every four days as the traditional market days. The others operate on Tuesdays, Fridays and Saturdays. Kabusa opens on Saturdays, Gosa on Fridays, Karimo on Tuesdays and Fridays.

NAN also reports that there are many village markets yet undiscovered by these elite women.