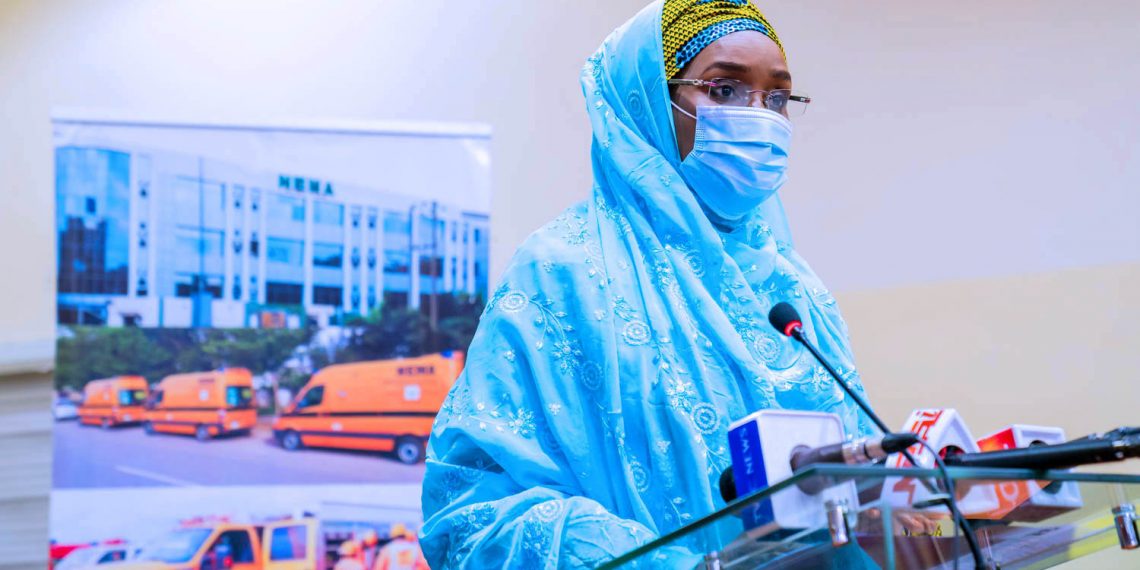 Niger State has received a total sum of N1.9 billion in total.

No fewer than 4,000 rural women in Niger have received N80 million in total under the Federal Government Special Cash Grant Project for rural women, a statement from the Ministry of Humanitarian Affairs, Disaster Management and Social Development, has said.

The statement issued on Saturday by Nneka Anibeze, the Special Assistant on Media to the Minister, Sadiya Farouq, said the beneficiaries were selected from the 25 local government areas of the state. The ministry’s officials met with officials of the Niger State government.

Ms Farouq explained that the grant was part of the social protection programmes of President Muhammadu Buhari’s administration aimed at uplifting the most vulnerable groups out of poverty.

The minister maintained that the Federal Government’s National Social investment Programme (NSIP) is “one of the biggest social protection programmes in Africa.”

“As part of President Buhari’s vision to lift 100 million Nigerians out of poverty in 10 years, the Federal Government through my Ministry introduced the Special Cash Grant Programme for rural women.

“It is designed to provide a one-off grant of N20,000.00 to the poorest and most vulnerable women in rural Nigeria to increase their access to financial capital required for economic activities.

“The grant is disbursed to over 150,000 poor rural women across the 36 states of the Federation and the Federal Capital Territory.

According to her, this is impacting the lives of 43,611 poor and vulnerable households.

Responding, Gov. Abubakar Bello of Niger expressed delight at the disbursement of N80 million to 4,000 rural women in the state.

Mr Bello noted that the grant would lift many women in the state out of abject poverty.

The governor, who was represented by the Secretary to the State Government, Ahmed Matane, said the grant came at a time when the people of the state have been impoverished by many socio-economic factors

Mr Matane listed incessant banditry attacks, which had forced many people to relocate to Internally Displaced Persons’ camps, cattle rustling, and lately the COVID-19 scourge as some of the causes.

“I thank Mr President for this initiative of empowering rural women all over the country through this special cash grant.

“We are grateful for all the federal government interventions such as Conditional Cash Transfer, GEEP, N-Power and the Home Grown School Feeding Programme, among others, given to the state, especially during the floods and banditry.

“We still need more of the intervention in the state. Our people have been further impoverished following insecurity caused by banditry, rustling and other social issues.

“However, I can assure you that these women will make maximum use of this grant given to them,’’ Mr Bello said.

Dignitaries at the event included the Minister of State for Foreign Affairs, Zubair Dada; Director General of NEMA, Muhammadu Muhammed; and Abdullahi Wuse, the Speaker, Niger State House of Assembly.