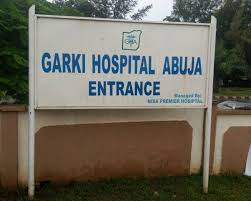 The panel is hearing a petition filed over the alleged murder of an NYSC member by a SARS officer in 2018.

An independent panel set up by the National Human Rights Commission has summoned the Chief Medical Director (CMD), Garki General Hospital, Abuja, and the Registrar, Medical and Dental Practitioners Council (MDCN) to appear before it on December 2.

The panel is investigating human rights violations by the defunct Special Anti-Robbery Squad (SARS) of the Nigerian police.

The chairman of the panel, retired Justice Suleiman Galadima, summoned the CMD and registrar after it heard a petition filed by a woman, Chinenye Igwetu, alleging that a SARs officer, Benjamin Peters, murdered her younger sister, Linda.

The petitioner on November 4 told the panel that Mr Peters shot her younger sister who was a member of the National Youth Service Corps (NYSC) on July 3, 2018, in Abuja, a day before her passing out.

Ms Igwetu listed Mr Peters, the FCT Commissioner of Police and the Inspector-General of Police as respondents in the petition.

Earlier, counsel for the respondents, James Idachaba, told the panel that the police were served with the process on November 4.

Mr Idachaba added that there was a need to invite Mr Peters to appear before the panel.

He added that the police were ready to assist the panel to achieve its mandate.

In his submission, counsel to the panel, China Obiagwu, who appeared for the petitioner, asked the panel to summon the CMD, Garki General Hospital, Abuja and Registrar of the registrar of the MDCN to give evidence in the matter.

The News Agency of Nigeria (NAN) reports that Ms Igwetu alleged that her sister was shot in front of the Ceddi Plaza in Abuja and later died in Garki General Hospital.

“A nurse took me inside a room and informed me that they lost my sister. She died at exactly 6:10 a.m, I can never forget that,” she told the panel.

She said that she filed a complaint against Mr Peters at the Police Service Commission.

“I want justice for my sister. I want my family to be compensated even though no amount of money can bring back my sister. She had many dreams,” she pleaded.