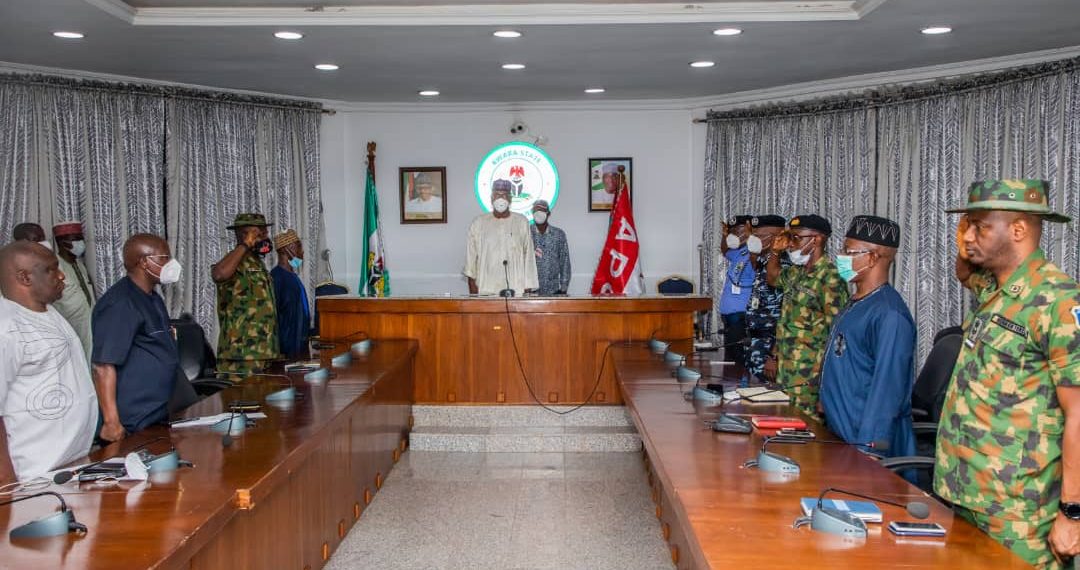 “This means members of the public can move around between 8 a.m. and 6 p.m. daily within the metropolis."

The Kwara government has announced the relaxation of the 24 hours curfew imposed on residents of llorin, the state capital, following protests in some parts of the metropolis.

Governor AbdulRahman AbdulRasaq, according to a statement by his Chief Press Secretary, Rafiu Ajakaye, relaxed the curfew from 8 a.m. to 6 p.m. until further notice.

The governor said that the relaxation became imperative in view of the peace and harmony being recorded in the state.

Mr Ajakaye said the decision was taken after a state security council meeting with heads of the security agencies in the state on Sunday.

“A review of the situation in the Ilorin metropolis suggested a relative calm.

“The meeting observed that the objective of the curfew has largely been achieved as the misguided elements who looted and vandalised public and private property have been pushed back and normalcy restored.

“Consequently, the security council resolved to relax the curfew from 24 hours to between 6 p.m. and 8 a.m. daily until further notice.

“This means members of the public can move around between 8 a.m. and 6 p.m. daily within the metropolis.

“Even so, the government will continue to review the situation and take decisions that are in the best interest of the state,” he said.

He said that security operatives were on ground to ensure law and order prevail in all parts of the metropolis.

The News Agency of Nigeria (NAN) reports that Mr AbdulRasaq had in a broadcast on Friday imposed a 24-hour curfew on llorin after hoodlums looted and vandalised some private and public places in the metropolis. (NAN)

#EndSARS: UCH beefs up security over threat of attack