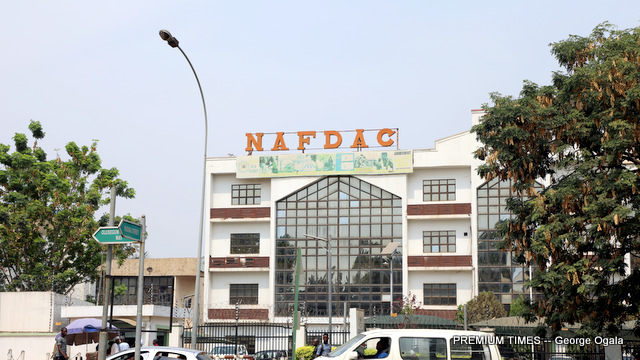 NAFDAC classified the outlet as unregistered, highlighting that they have sold more than 2.2 million litres of what it called unverified vegetable oil to the public.

The Kwara State Coordinator of NAFDAC, Roselyn Ajayi, said on Wednesday in Ilorin that the closure was preceded by a tip-off that led to the discovery of the outlets which are located at Adabata and Stadium Road, Ilorin.

“We were tipped off by some concerned citizens and we investigated and found out that the individuals were engaged in packaging and selling vegetable oil whose sources are unverifiable.

“Investigation revealed that one of the marketers acquired more than 2.2 million litres of unverified vegetable oil and selling it to the public; those involved were caught packaging and placing labels of unregistered brands on the product,” she said.

The NAFDAC coordinator explained that the source of the vegetable oil could not be verified even though the labels suggested that they were manufactured in Malaysia.

Mrs Ajayi said that those involved had been arrested, the facilities had been locked and the agency would take appropriate regulatory sanctions on individuals found guilty of violating the laws.

She assured the public that efforts were continually on to ensure safety, quality and wholesomeness of processed foods through regular routine monitoring of production.

Mrs Ajayi said that it had become imperative for the public to always ensure that any packaged foods and drugs they would buy should be with NAFDAC-approved label.

Mrs Ajayi noted that the perpetrators took the advantage of COVID-19 pandemic situation to engage in the unwholesome practice to produce and sell unregistered products in the state by thinking that the agency had reduced its routine and surveillance activities.

“We were not able to go out for surveillance activities as we use to do. They took advantage of the fact the regulatory agency are not operating at full capacity because of the COVID-19 pandemic.

“Their illegal activities became heightened and based on the tip-off and the magnitude that was described to us, I had to recall some of the officers who were not supposed to be on duty to join some of us on duty.

“We also involved security operatives so that we can trace where these activities are being perpetrated and the culprit,” she said.

She, however, said that NAFDAC would not close its eyes and allow such regrettable violations to sabotage the effort of safeguarding the health of the public.