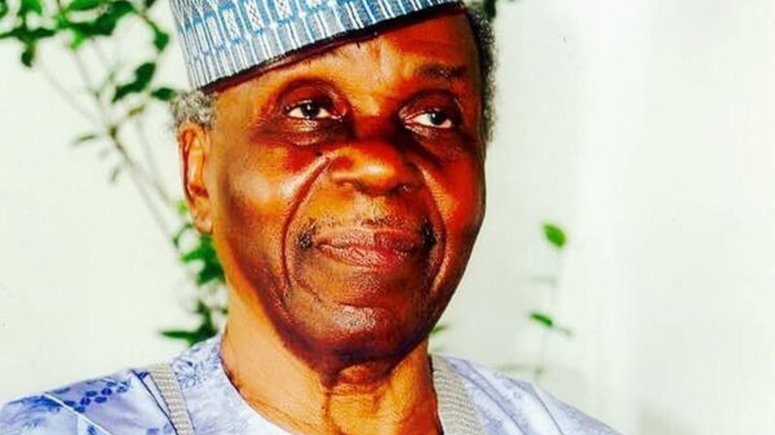 In 1979, late Olusola Saraki and Abdulganiyu AbdulRazaq tested their popularity and political prowess at the poll for the first time. Mr AbdulRazaq lost the governorship contest to Mr Saraki’s candidate.

Mr AbdulRazaq, a diplomat, politician and legal icon, took his last breath in the early hours of Saturday.

According to the family, the 93-year-old died in Abuja and plans are underway for his burial. He is survived by his 90-year-old wife, Raliat AbdulRazaq, children and grandchildren.

The deceased was a member of the Federal Parliament from 1964 to 1966 as the Federal Cabinet Minister of State for Transport.

He then became the Kwara State Commissioner of Finance, Health and Social welfare from 1967 to 1972.

Before the 1979 election, Mr AbdulRazaq was not a stranger to the Sarakis. The relationship dated as far back as the 60s.

In 1962, Mr AbdulRazaq was appointed Ambassador of Nigeria to Cote d’Ivoire and one of those who met him at the port as part of the Nigerian community in Abidjan turned out to be the father of Olusola Saraki, Muttahiru Saraki.

According to him, in an interview with The News in 2010, he brokered a peace meeting with Mr Saraki and Emmanuel Alabi. The two were fighting over the leadership of the community.

Mr AbdulRazaq settled the rancour by declaring Mr Saraki the leader and Mr Alabi, his deputy. The arrangement was welcomed by both. In fact, it earned him the respect of the elder statesman.

“I said from their looks, Mr Saraki would be the older person. And because of that, I said I was recognising him as the leader of the community. And against my expectation, Alabi stood up and prostrated before Saraki, holding his leg and saying: ‘I accept you as my leader.’ And I told him he would be Saraki’s deputy.”

The resolution of the problem endeared Mr Saraki to him to the point that he slapped his son, Olusola Saraki, for stretching out his arms for a handshake with Mr AbdulRazaq.

“I stood up to greet Sola and he stretched out his hand for a handshake. The father got up and slapped his face, saying: That’s my god you want to shake hands with. You should prostrate. But I said we were both young men, within the same age group. I made light of it, saying we knew how to greet each other. That was how I met Sola Saraki.”

Subsequently, he advised the younger Saraki, who is now late, to return home to participate in politics.

He heeded the advice and declared interest in representing Asa local government in the parliament under the Northern Peoples Congress. Unfortunately, Mr Saraki lost to one Mr Babatunde, whom the party had decided to return unopposed.

The Sarakis became a force to reckon with in Kwara State after Mr AbdulRazaq lost his political grip of the state in 1979.

Relying on Mr AbdulRazaq’s reputation and popularity, Great Nigeria’s People Party (GNPP) presented him as its governorship candidate in the 1979 gubernatorial election, while Mr Saraki decided to support Adamu Attah.

At the end of the contest, Mr Saraki’s candidate defeated Mr AbdulRazaq to become the first democratically elected governor in Kwara State.

Also, in 1999, Alimi AbdulRazaq, contested for the Kwara governorship under the People’s Democratic Party (PDP) against the Saraki-sponsored retired Admiral Mohammed Lawal of the All People’s Party (APP).

However, in the 2019 governorship election, AbdulRahman AbdulRazaq, displaced the Saraki hegemony by winning all the seats sponsored and supported by the All Progressives Congress (APC).

He won a landslide against Rasaq Atunwa, who was supported by Bukola Saraki.

Mr AbdulRazaq was one of those who disputed the Sarakis’ claim to Ilorin indigeneship, until his death.

At a press conference in Abuja in August 2009, Olusola Saraki told his audience that he is essentially of Malian origin. His great-grandfather, allegedly a Fulani, he said, migrated from the West African nation to settle in Ilorin about 200 years ago.

Responding to that claim, Mr AbdulRazaq said that the Saraki’s patriarch once told him that he hailed from Abeokuta.

“I told him I am from Ilorin. Alhaji Saraki said he was an Egba man from Abeokuta. By this time, I didn’t even know the existence of Olusola Saraki. So, the man told me he was from Abeokuta, but he went to a Quranic school in Ilorin at Agbaji, an area reputed for Islamic scholarship. The man, with his own mouth, told me he was an Egba man from Abeokuta. And as of that time, I knew of no existence of any member of his family. This was in early 1963,” he spoke about their first meeting.

His thoughts on restructuring

In an interview with ThisDay, in commemoration of his 90th birthday, he argued the feasibility of restructuring, which has been a subject of debate for a while.

He said it is very healthy for a Federation to periodically review its grundnorm to ensure peace, order, stability, and good governance.

“Restructuring is an enigmatic term, it is like the proverbial elephant, your view depends upon where you stand. Essentially, political restructuring also has its mischief, which is attempting to gain maximum advantage for your community, ethnic group, state or region.”

“The problem is that, in a Federation like ours, your gain is someone else’s loss, as political restructuring comes with economic, if you like, serious financial implications. Can we realistically collapse States into regional governments? Will devolving more revenue share to States and Local Governments, ensue better responsible usage and higher impact on the communities? How can States become self- sustaining, and depend less on the Federation account?”

He, however, believed that the constitution of Nigeria has all the essential organs, powers and mechanisms in place for a just, fair-minded and socially conscious executive, legislative or judicial officer to efficiently operate and impact fairly on the society at large.

“Of course, you may rightly tinker with aspects of the constitution to cure new realities; however, in a constitutional democracy, it can only be done through the lawmakers, the Houses of Assembly and the Parliament, here the National Assembly. With all due respect, the President cannot by fiat or Executive Order, command constitutional review,” he said.