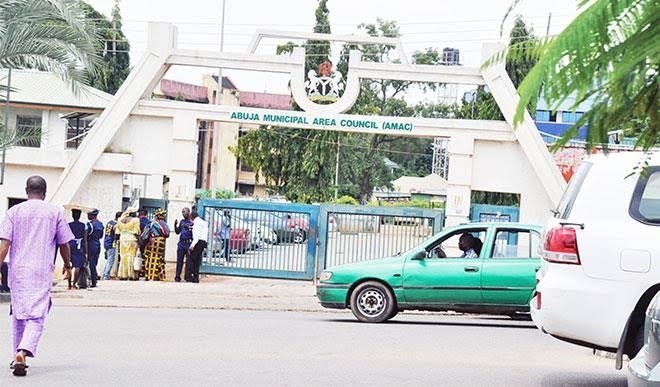 The Socio-Economic Rights and Accountability Project (SERAP) has filed a lawsuit asking the Federal Capital Territory (FCT) High Court to: “declare the life pension edict/law 2019, passed by the Abuja Municipal Area Council (AMAC) null, void, illegal and unconstitutional; and to restrain and stop AMAC, its chairman; deputy chairman; speaker; legislature and/or their agents from paying life pensions to former officials, and ultimately, to themselves under the edict/law.”

SERAP is also seeking: “an order to direct and compel AMAC, its chairman; deputy chairman; speaker; and legislature to recover all previous payments made under the AMAC life pension edict/law, from those who have already collected pensions, and to return same to the coffers of the council so that the public funds can be spent to provide public goods and services for residents.”

In the suit number CV/840/2020 filed last Friday, SERAP said: “The AMAC edict granting life pensions to ex-officials is a blatant usurpation of the constitutional powers of the National Assembly. Unless stopped, AMAC and its officials will spend millions and ultimately, billions of taxpayers’ money on life pensions, the council’s funds that should be spent to address the poor state of basic amenities and deficits in educational institutions, primary healthcare facilities, potable water, sanitation and infrastructural needs of the residents within the council’s area.”

The suit followed SERAP’s open letter dated October 11, 2019 to Abdullahi Candido, chairman of AMAC, urging him to: “urgently withdraw and revoke the edict for the unconstitutional and illegal payment of life pensions to former chairmen, vice-chairmen, speakers and other officials of AMAC.”

According to SERAP: “The court should exercise its inherent and statutory powers to defend the sanctity of the Nigerian Constitution 1999 (as amended), and hold that the AMAC pension edict is unconstitutional and stop any payment of pensions under the said edict. Unless the reliefs sought are granted, AMAC and its officials will continue to use the pension edict for personal gain, in breach of constitutional provisions, and at the expense of the people and residents of council’s area. This is what the provisions of Section 1, Part 1, Fifth Schedule of the Constitution expressly forbids.”

SERAP is also seeking “a declaration that AMAC and its officials have no constitutional or statutory authority whatsoever to enact any pension edict/law for the benefit of former officials, and ultimately, for their own benefit.”

SERAP also said: “Under the pension edict, AMAC’s past council chairmen would receive an annual pension of N500,000; former vice chairmen are to receive N300,000 each while former speakers will be paid N200,000 each.”

The suit filed on behalf of SERAP by its lawyers Kolawole Oluwadare and Opeyemi Owolabi, read in part: “The edict is entirely inconsistent with the with the provisions of Item 44, Second Schedule, Part 1 Nigerian Constitution, and to that extent, the law is null, void, illegal and unconstitutional.”

“It is only the National Assembly that has power to make laws on pension under the Nigerian Constitution. AMAC and its officials went beyond the scope of their constitutional powers to make laws on payment of annual pensions for the council’s former chairmen, former vice-chairmen and former speakers.”

“The payment of life pensions to the council’s chairmen, vice-chairmen and speakers would cause massive financial crisis and cripple the council’s ability to discharge its mandates of providing public goods and services to the people of Abuja. It would also put in jeopardy citizens’ access to those services.”

“The payment of life pensions to AMAC’s former officials is a copycat of the unconstitutional and illegal life pension laws that have been passed by several of the 36 state governments in Nigeria.”

“SERAP is asking the court for a declaration that the AMAC life pension edict was passed contrary to AMAC and its officials’ powers in Fourth Schedule, Part III of the Nigerian Constitution. The AMAC edict is inconsistent with the provisions of Item 44, Second Schedule, Part 1 of the Constitution, and it is therefore null and void to the extent of its inconsistency.”

“The exclusive legislative list contains items/subject matters on which only the National Assembly can legislate. Specifically, Item 44, Second Schedule, Part 1 of the Nigerian Constitution makes clear that only the National Assembly can make law for payment of pension to the classes of public officers whose funds are payable out of the public funds of the Federation.”

“People have the right to honest and faithful performance by public officials, who are under a fiduciary duty to the public. And no public official should put himself/herself in a position in which his/her personal interest conflicts or is likely to conflict with the performance of the functions of his office.”