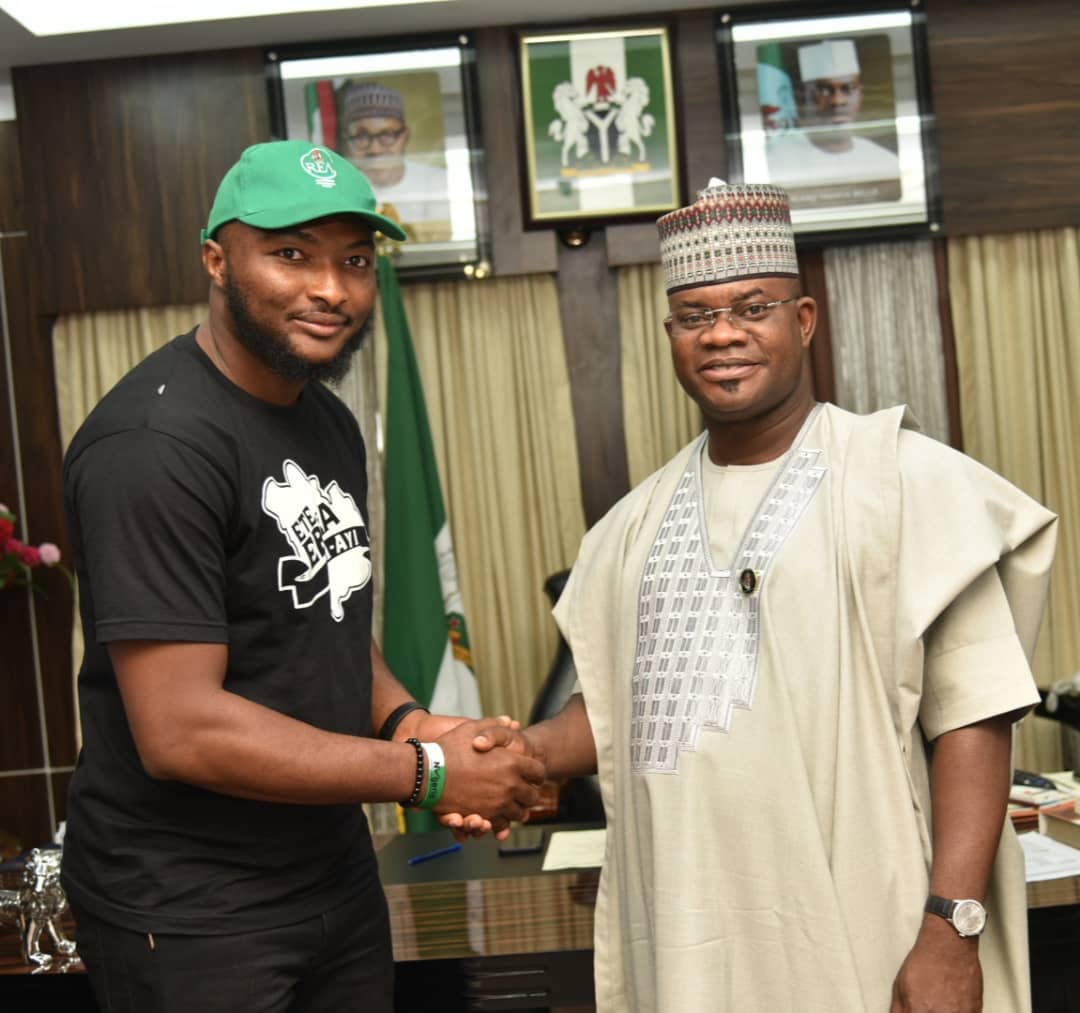 Governor Yahaya Bello while receiving Executive Director of Rural Electrification Fund, Dr Sanusi Ohiare in his office at the Lugard House in Lokoja on Thursday

The Kogi State Governor, Yahaya Bello, has commended the management of the Rural Electrification Agency (REA) for sustained efforts in providing power supply to rural communities in the country while urging collaboration between the state government and the agency in order to extend electricity supply to more communities in the state.

The governor, who described electricity as a catalyst for rapid development, made the commendation while receiving the Executive Director of Rural Electrification Fund, Sanusi Ohiare, in his office at the Lugard House in Lokoja on Thursday.

Mr Bello said the state government will work out modalities for perfect and productive synergy with REA to boost the power need of rural communities across the state.

He told Mr Ohiare and his team that his administration has taken off plan to electrify over 200 communities across the state mostly in the Eastern flank, noting that partnership with REA will ensure more coverage of power supply in the state.

He thanked the agency for the construction of 85kw Solar-hybrid Mini-grid Power Supply at Upake community in Ajaokuta Local Government Area of the state.

Earlier, Mr Ohiare applauded the governor on infrastructure development, security, human capital development and other areas his administration has recorded tremendous success in the last three years. He said the state government will benefit a lot if in partnership with REA in solving power supply challenge in rural communities.