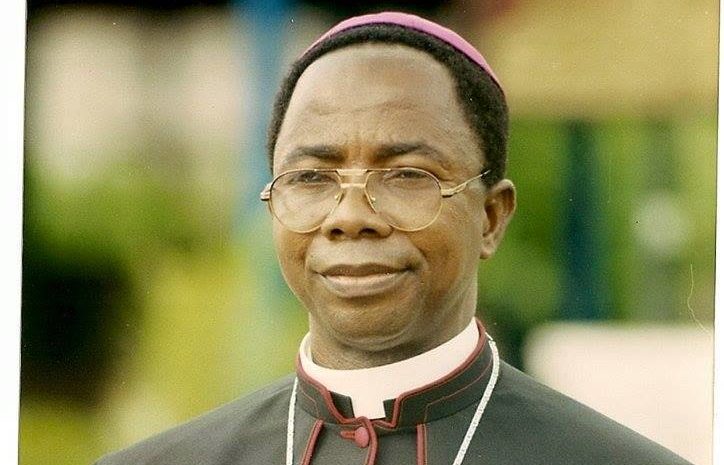 Gabriel Dunia of the Catholic Diocese of Auchi on Sunday warned Nigerian clerics against using the altar to preach partisan politics.

Mr Dunia gave the warning at a news conference as part of activities marking the 53rd World Communication Day held at the Immaculate Conception Catholic Cathedral, Auchi in Edo.

He said all priests like the lay faithful were political animals, but priests should maintain neutrality when it comes to partisan politics.

“It is not that we, priests, should not talk about politics. For example, every adult who is of age should go out to vote for the candidate of his or her choice during elections.

The bishop noted that using the altar to preach partisan politics was an aberration to the church.

He said priests could speak about the actions of politicians and polity in the country but they should remain neutral.

“We the priests can talk about dishonour politicians were playing the game, but if any of my priests say he wants to contest for any elective position, I will suspend him from the practice of the priesthood, “he said.

He noted that when the late Moses Adasu was the governor of Benue, the bishop then told him that he could not function as a priest during that period and that he could not return to the church to celebrate mass.

“Because everybody is free to belong to any political party if any of them begins to campaign for particular candidates, that is an aberration. It is not expected of them.

“If candidates are beginning to influence people with their money and doing abominable things in the name of politics or winning election, the priest should speak against it,” he said.

Earlier, the Director of Social Communications, Catholic Diocese of Auchi, Peter Egielewa, said the World Communication Day was being celebrated by the Catholic Church worldwide to promote peace and unity among faithful.

Mr Egielewa said this year`s theme is “We are Members of One Another from Social Network Community to Human Communities.“

He said it was conceived to promote communication among persons for communion love and to affirm the interpersonal nature of humanity through the network.