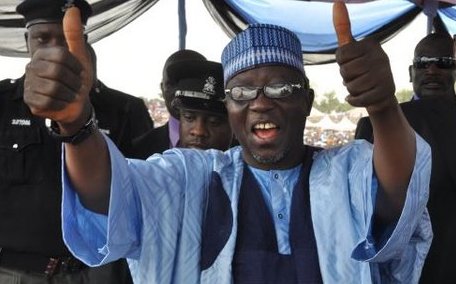 Governor Umaru Al-Makura of Nasarawa has tasked Islamic teachers (Malams) to stop sending their students to the streets to beg.

He said that the increasing rate of child beggars in the state was becoming worrisome.

The governor expressed this concern in Lafia on Monday while addressing the newly employed 2,140 graduates and NCE holders as teachers.

He decried the rate at which children continued to loiter the streets of major towns begging, saying that such would no longer be tolerated.

The governor, however, said that in the interim, the state government would not sanction any child found begging.

He said that the government would do everything possible to take them off the road.

He said that the government would soon put into use the “Almajeri’’ school that the federal government built in the state.

“In addition to the “Almajeri’’ school, our government will also discuss with Islamic teachers (Malams) to see reasons with us and stop sending their students to the streets to beg.

“Even, if it means the state government giving the Islamic teachers in the state little allowances every month to keep their students off the streets,” he said.

Mr Al-Makura explained that government would take it upon itself to train those discovered to be interested in different skills.

He also assured the citizens of the state that his government would continue to improve their lives through the implementation of positive policies until his last day in office. (NAN)