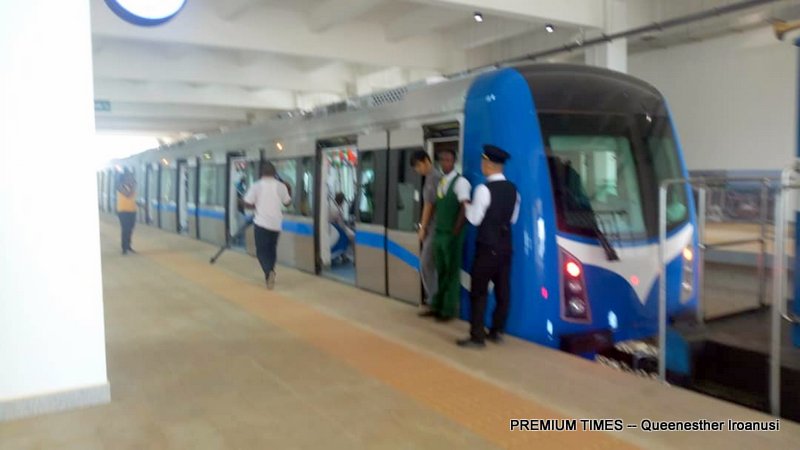 The exterior of the train

The Federal Capital Territory Administration (FCTA) has announced fares for the FCT metro train services, marking the end to the one month free service by the facility.

He said it is the first phase of the rail line that will cover 12 other stations within the federal capital territory.

In a statement by the Secretary, Transportation Secretariat, Kayode Opeifa, the FCTA said adults will pay N1000, while children and the physically challenged will pay N700 to and from Airport Station.

Mr. Opeifa stated that trip specific ticket purchases will be done electronically at the Departure Lounge of the Nnamdi Azikiwe International Airport and at all the operating stations.

These include Abuja Metro, Idu and Airport stations from ticket dispensing kiosks, ticketers and provided POS machine. He added that payment verification system will be available at all the stations to control and count passengers after payment.

Mr Opeifa thanked residents of the Federal Capital Territory and visitors who patronised the train services during the one month free train ride services. He called on the public to cooperate with it for the payment innovation being deployed.