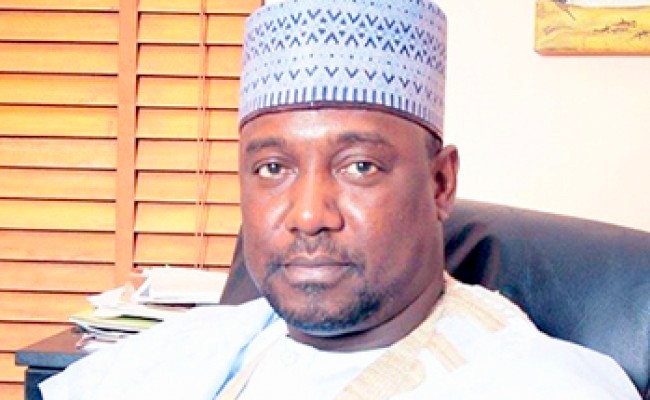 The Niger State Governor, Abubakar Sani-Bello, has said that he has no plan to defect from the All Progressive Congress (APC) to any other political party.

The governor made the clarification following the defection of some governors and members of the National Assembly to the opposition People’s Democratic Party.

Mr Sani-Bello, in a statement by his Chief Press Secretary, Jibrin Ndace, said he remained consistent in support of President Muhammadu Buhari-led government and committed to party ideals.

Mr Sani-Bello said the ruling APC of which he is not only a member, but a strong stakeholder, remains the only political party to rescue Nigeria from the many wrongs of the past administration.

“In the last three years, we have shown commitment to the needs and aspirations of Nigerlites through restoration agenda predicated on agriculture, health, education, peace and security, youth and women empowerment and infrastructural development.

“We demonstrated through completion of abandoned and uncompleted projects by past administration that government is about the people. It is on this account that i seek to renew my mandate from Nigerlites.”

He stated that President Buhari is doing well in terms of infrastructural development in the state and the country; while the state government is fulfilling the yearning and aspirations of the people, hence there was no justification to defect.

The governor listed some of the Buhari-led government’s interventions in the state to state include the dredging and actualisation of Baro port, the dualisation of Minna-Suleija road, award of contract for construction of Bida-Agaie-Lapai-Lambata road as well as the immediate reconstruction of the collapsed Bridge along Kutigi – Mokwa road among others.

“At various fora with stakeholders and political gladiators in the country, we have reechoed our loyalty to the party and will continue to remain supportive of president Buhari.

“I and my colleagues have already set in motion a political.strategy to lead a successful campaign for President Muhammadu Buhari’s re-election.”

“President Muhammadu Buhari means well for Nigeria. He is passionate about Nigeria that he forgets himself.He is not trying to decieve Nigerians, he is trying to get a great future for Nigerians.”

The governor said there is no cause for apprehension because Niger State has remained predominantly an APC state and its political affiliation will continue to wax even stronger.