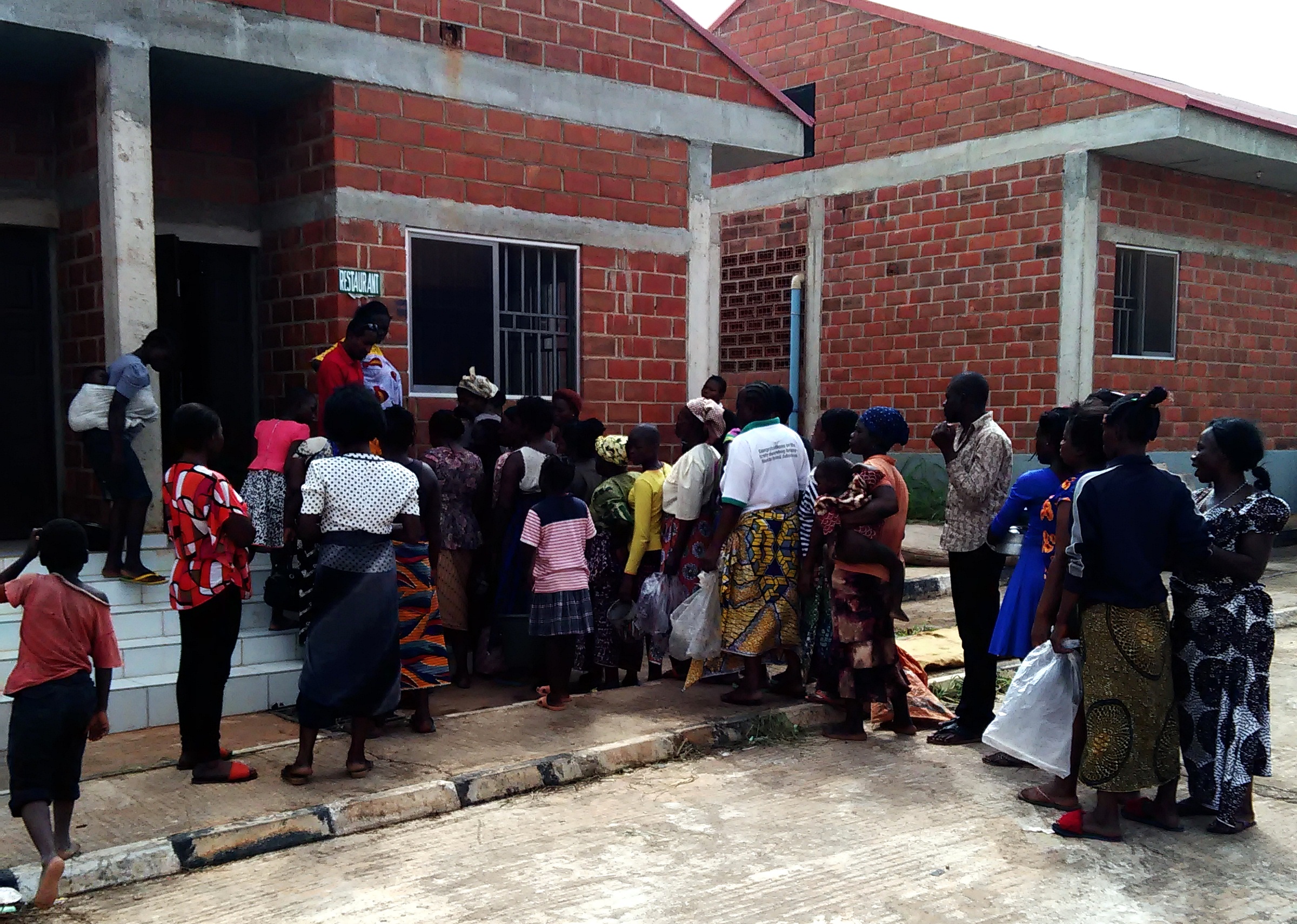 File photo of IDPs queue for charcoal to heat their breakfast at the Makurdi camp on Tuesday, September 5, 2017.

The Camp Commandant, Internally Displaced Persons (IDPs) Camp, Abagena, Makurdi, James Iorkyaa, has said that 51 deaths and 69 births were recorded in the camp between January and June.

Mr Iorkyaa disclosed this on Wednesday at the IDPs camp in Abagena, Makurdi Local Government Area (LGA), Benue, in an interview with journalists.

The commandant explained that 50 persons died of various diseases while one was involved in an accident.

He, however, denied that the deaths were as a result of poor living condition at the camps.

According to him, most of the IDPs contracted diseases that killed them from their various places before coming to the camp, while some died of age related issues.

He also noted that the camp had recorded 69 births since its inception in January.

“We have recorded 69 births since the camp was opened this year.

“Out of the 69 births, we have one set of triplets and two sets of twins,” he said.

The camp official said that some of the challenges the camp was experiencing was shortage of foodstuffs to feed the high number of IDPs in the camp.

Mr Iorkyaa further said that sometimes they were forced to share a 50kg bag of rice to 40 families.

“Another issue is the growing number of malaria cases, particularly in children due to lack of mosquito nets.

“Though, we have distributed nets to the IDPs, some of them have mismanaged them and do not have them again,” he said.

He called for the assistance of organisations and well-meaning individuals to alleviate the sufferings of the IDPs.

Also, the Chairman of the camp, Philip Usaatse, said that all they needed was for the government to provide security for them to return to their various homes.