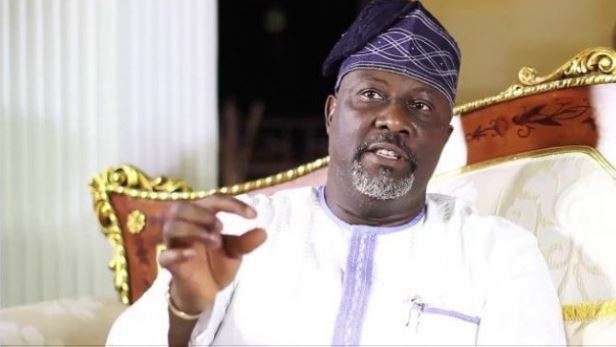 A Senior Magistrates’ Court sitting in Lokoja has adjourned till July 26, hearing in the case of illegal possession of arms and illegal dealing in arms against the Kogi West senator, Dino Melaye and two others.

The Senior Magistrate, Sulyman Abdullah, adjourned the case when it came up for mention on Monday, to enable the parties involved to prepare well for hearing of the suit.

Mr Sulyman said he would “wholeheartedly” want trials in the court to be concluded speedily, but he would have to look at the rules of the court.

“This is a case that this court will appreciate that everyone puts what he or she has on the table. I am not comfortable with sworn depositions replacing oral testimonies of witnesses.

“The application of the prosecution is refused and I want this trial to be concluded in the normal ways trials are done and will be ready to take evidence day-to-day if need be,” he said.

Alex Izinyon (SAN), leading the prosecution had reminded the court that the pleas of the defendants were not taken on arraignment on May 3.

Mr Izinyon submitted that the court had jurisdiction to try the case and therefore urged it go ahead to take the pleas of the defendants.

Mr Melaye who was granted bail on May 16 by the Chief Judge of the State, Justice Nasir Ajanah, had his plea taken alongside other defendants, saying the allegations were false.

The prosecution counsel applied for the leave of the court to have prosecuting witnesses forward their depositions to the defence.

He said the deponents would attend the court to adopt the depositions and have their depositions cross examined.

He said that the case was a criminal one in which witnesses must give their testimonies in the open court, adding that the “front-loading short-cut system” would be prejudicial to his client.

Mr Melaye was arraigned on May 3.

The senator was arraigned along with Kabiru Seidu, 31, aka “Osama” and Nuhu Salihu, 25, aka “Small” for alleged illegal possession of firearms and illegal dealing in arms.