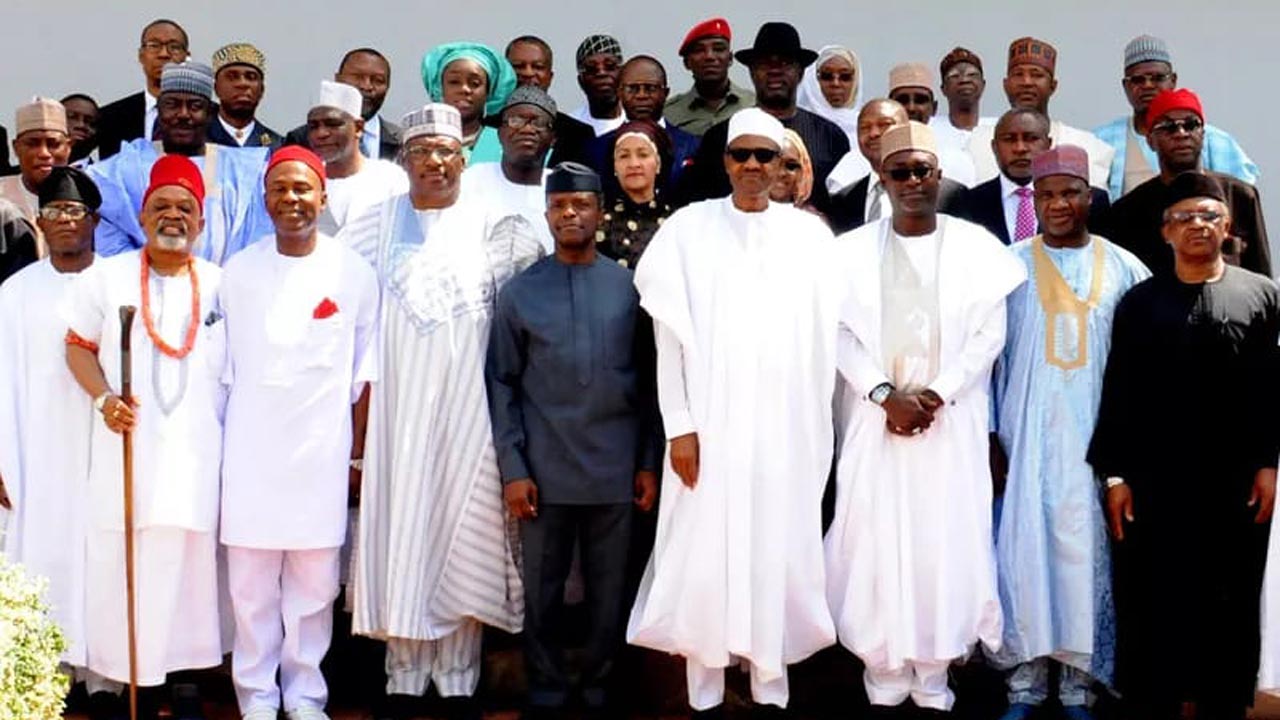 A group photo of President Buhari and Ministers

You’re not with us, APC chairman attacks Buhari’s minister

The chairman of the All Progressive Congress (APC), Plateau State chapter, Latep Dabang, has said the sports minister, Solomon Dalung, who hails from the state, has never attended any function of the party since he was appointed minister.

Mr. Dabang stated this on Monday, at the party secretariat in Jos, during a press conference where he briefed journalists on the activities of the party.

“The minister of youth and sport development, Barrister Solomon Dalung, has never attended any of our meetings since he was appointed minister in spite of several invitations to our meetings.”

The APC party chairman also said Mr Dalung was absent from all the three APC congresses just concluded in the state.

The APC chairman also said the minister did not attend the just concluded state congress of the party held last Saturday in Jos.

The APC state congress in Plateau State were held under tight security. The state governor, Simon Lalong, and his deputy, Sonni Tyoden, participated in the congresses.

Mr Dalung could not be reached for his reaction on the accusations leveled against him by the APC chairman in Plateau State.

He did not return calls and did not respond to text massages PREMIUM TIMES sent to him via his mobile telephone about 24 hours ago.

However, it is no longer news that Mr Dalung and Mr Dabang had fallen apart on party issues long ago. This is allegedly due to the ministerial slot for Plateau State.

During the state visit of President Muhammadu Buhari to Jos in March, the minister alleged that he was not informed nor invited by the party to welcome Mr President.

Mr. Dalung accused the APC administration in Plateau State of mismanagement of resources.

“Where is the $2 billion loan collected from African Development Bank for potatoes processing factory payable in 25 years? Where is the factory located? Or where is the money kept and whose account? Why did the state government keep the issue of the loan secret?” the minister said in a statement he personally signed in response to an attack on him by the APC chairman in the state.

The minister also accused the APC administration in Plateau State of lying to President Buhari about the security situation in the state.