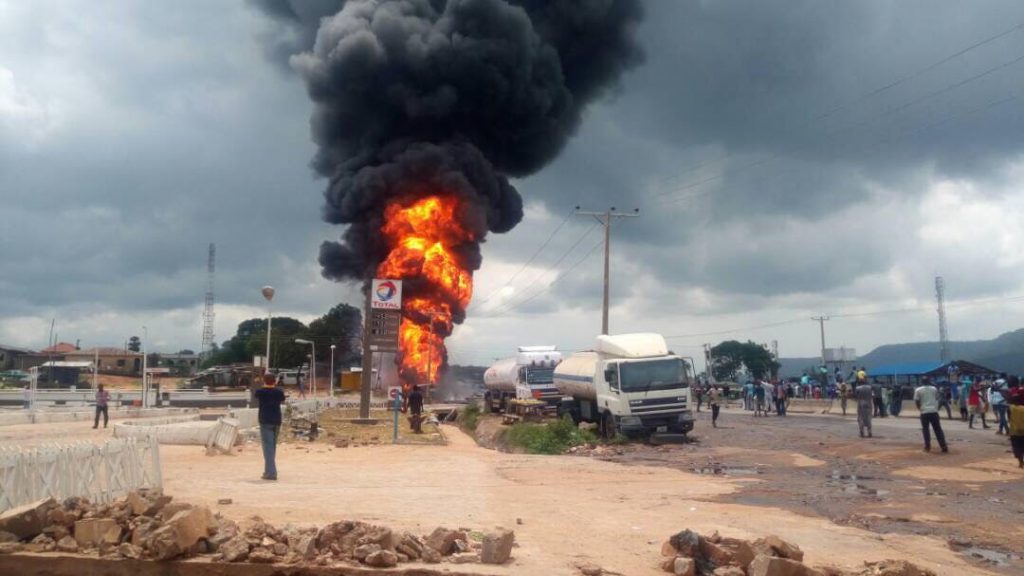 The Federal Road Safety Corps ( FRSC) on Saturday said the death toll in the Friday petrol tanker accident in Felele area of Lokoja, has risen to 13.

He said a staff of the Kogi state Polytechnic , Lokoja, was one of them.

He said the relations of dead victims have started identifying them but said six of them were burnt beyond recognition.

According to him, eight other injured victims of the accident are still receiving treatment at the intensive care units of the Federal Medical Centre and the State Specialist Hospital, Lokoja.

He said investigation into the cause of the accident was underway.

NAN reports that 10 people died instantly in the accident which occurred at about 1:45 pm on Friday, at Felele area of Lokoja.

The accident occurred as a result of a head-on collision involving a bus and tanker laden with 33,000 litres of petrol.

Witnesses said the collision ignited a fire which engulfed the two vehicles and a commercial tricycle.

Most of the victims were occupants of an 18-seater bus believed to be owned by Delta Line.