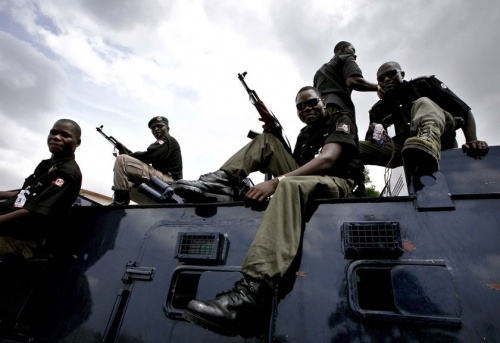 A suspected car thief was beaten to death and his body dumped along Bukuru expressway, Jos south local government area of Plateau State on Friday.

A witness told PREMIUM TIMES on Saturday that the suspect was caught Friday night, while attempting to steal a car parked at a residence. He was arrested and beaten to comma.

No one seems to recognise the suspect.

At the time of filling this report, his body was still lying on the high-way.

The Plateau State recently warned residents of rising cases of car theft within the Jos metropolis.

“We plead with members of the public to be extra vigilant and guard against boarding vehicles outside designated motor parks,” Police Public Relations Officer (PPRO), Terna Tyopev, said in a statement.

“The Nigeria police has observed with serious concern the sudden resurgence of some crimes like removal of vehicles where parked, rubbery.