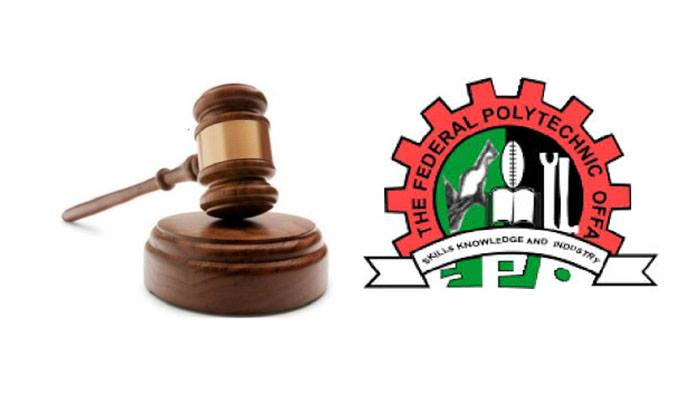 A Kwara High Court sitting in Ilorin on Wednesday sentenced a student of the Federal Polytechnic, Offa, Fatai Olasile, to 10 years imprisonment for belonging to a secret cult.

The court presided over by Justice Sikiru Oyinloye also fined the convict N50,000.

The judge said the student was sentenced for his involvement in cult-related activities in the state and for being in possession of firearms.

Mr. Olasile was arraigned on a two-count charge bordering on membership of the Eiye secret cult, contrary to Section 2 of Secret Cult and Secret Societies Law of Kwara.

He was also sentenced to 10 years imprisonment for unlawful possession of a locally made pistol, an offence punishable under Section 3 (1) of the Robbery and Firearms Act, 2004.

The prosecution led by Kamaldeen Ajibade, the state’s Attorney General and Commissioner for Justice, called three witnesses and tendered exhibits to prove its case.

One Mohammed Kehinde and two others were also arraigned on a three-count charge of criminal conspiracy, initiation of new members into a secret cult and membership of a secret cult.
(NAN)

UPDATE: Why we visited Buhari- Senators