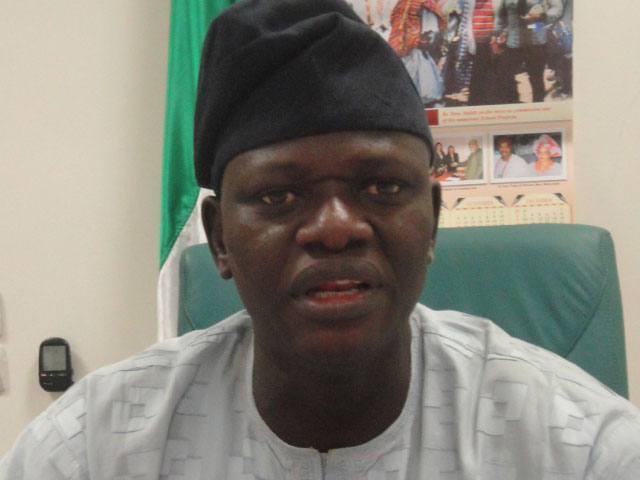 A former member of the House of Representatives, Bitrus Kaze, has said that prominent members were leaving the People’s Democratic Party, PDP, in Plateau State for the ruling All Progressives Congress, APC, in protest against alleged injustice in the state branch of the party.

Mr. Kaze, who represented Jos south/east federal constituency in the Seventh National Assembly on the platform of the PDP, was reacting to the defection on Tuesday of the deputy speaker of the state House of Assembly, Yusuf Gagdi, to the APC.

Speaking on Thursday with journalists at Jos Polo Field, venue of the Jos Trade Fair, Mr. Kaze cited the emergence of a former minister of Sports, Damishi Sango, as the party’s chairman in the state as one of the factors behind the exodus of prominent members.

Mr. Gagdi, who was elected on the platform of the PDP to represent Kantana constituency, defected to the APC alongside his Mikang constituency counterpart, Na’anlong Daniel.

Earlier this month, Joshua Dariye, a senator and former two-term governor of the state, had also left the PDP for APC.

“It is an unfortunate development. It is indeed painful that we (PDP) are losing party stalwarts to APC. I foresaw this, and I publicly said it when I contested (for the) chairmanship of the party in the recently concluded state congress.

“I make bold to say that the injustice being meted on party members has resulted to what is happening today in Plateau PDP. People’s opinions no longer count; a few individuals have hijacked PDP in Plateau State and dictate what happen, even when the majority kick against such.”

Mr. Kaze however vowed to stay put in the party. He appealed to members to remain in the party to correct the wrongs rather than quit.

Meanwhile, the state executive of the PDP has not commented on Tuesday’s defection of the state legislators from the party.

After the earlier defection of Mr. Dariye, the state PDP chairman, Mr. Sango, set up a reconciliation committee to appease aggrieved members and woo back those who had turned their back on the party.