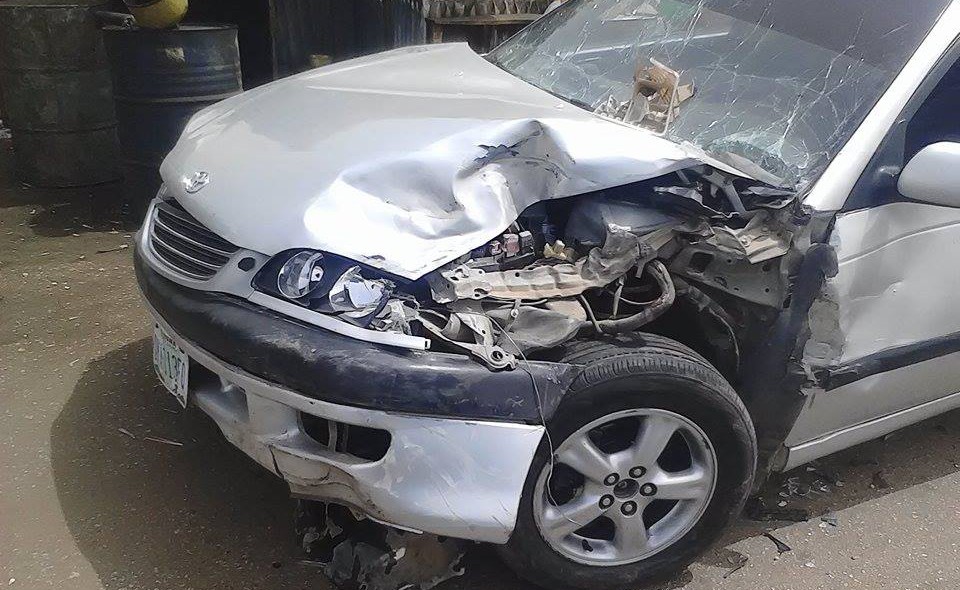 A National Youth Service Corps, NYSC, member was one of the injured.

Three of the vehicles were commercial tricycles fully loaded with passengers.

One of the victims, a 20-year-old woman, who had a fracture on her leg, pleaded for help.

“Please let someone take me to the hospital,” she repeatedly cried out, as passers-by rushed to offer help.

A witness, Josephine Abraham, said the accident was caused by a bus driver who lost control of the vehicle on a slope and ran into the tricycles and a van.

The driver claimed his brake failed.

Policemen on duty at the roundabout were joined by volunteers to convey the victims to the Plateau specialist hospital.

One of the tricycle was badly damage, as it occupants sustained multiple fractures.