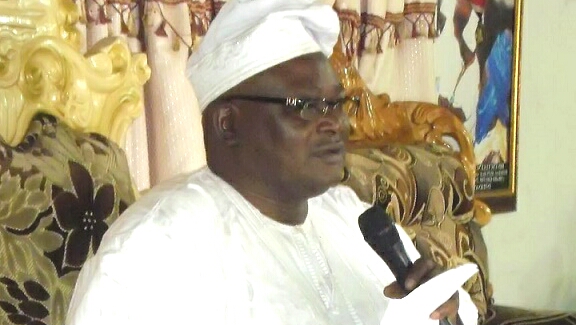 The late traditional ruler of Kabba Town in Kogi State, Michael Olabayo, was on Saturday laid to rest in a ceremony attended by Governor Yahaya Bello and other eminent personalities.

The state burial climaxed a three-day of activities put together by the government and the people to honour the monarch, who died at the age of 71.

Mr. Bello in a funeral oration noted the late monarch as a peace loving man whose virtues he urged the people of Kabba to uphold by continuing to live in peace.

According to him, the demise of the late monarch will test the unity of the people in coming months.

He also urged them not to see his demise as the end of the progress and development of the town.

The governor urged the people to take over from where the monarch stopped by taking the town to the next level in its development. He extolled the virtues of the late traditional ruler for living a life of service to God and humanity.

The governor then urged them not to mourn but to celebrate him and his achievements.

Mr. Bello further urged the people to continue to give their support to the federal and state governments, promising that in turn he would provide the town with infrastructural facilities to uplift the people’s standards of living.

Conducting the burial service, the Catholic Bishop of Lokoja, Martin Olorunmolu, extolled the life of the monarch as worthy of emulation by all.

He enjoined Christians to always remember God in whatever position they find themselves as they would be recalled to account for their deeds and misdeeds.

Mr. Olorunmolu also advised the people to make the selection of the new Obaro crisis-free to maintain his legacy of peaceful co-existence.

The late monarch from the Ilajo ruling house ascended the throne on Oct. 17, 1985 and was till his death the Chairman of Okun Traditional Council.

Others included Smart Adeyemi, a former Federal Attorney–General and Minister of Justice, Bayo Ojo, among others attended.