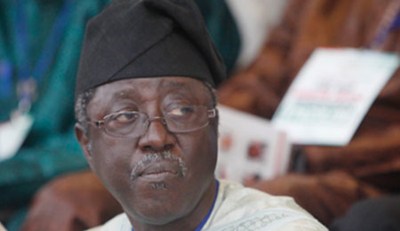 The Transition Committee set up by Governor Simon Lalong of Plateau says the immediate past administration of former Governor David Jang left a debt of N222.3 billion for the Lalong administration.

Sonni Tyoden, the Plateau Deputy Governor and Chairman of the Committee, made this known on Tuesday when he submitted the report of the committee to the governor.

Mr. Tyoden explained that the committee was made up of 12 members of the central committee, 188 other members were broken into 27 sub-committees, each handling a particular aspect of government operations.

The deputy governor said that government records showed that between May 2007 and May 2015, the state received a total income of N525.35 billion.

“The sum of N747.65 billion was said to have been expended on Plateau citizens in the last eight years.

“The hand-over notes received from the previous government stated that the level of indebtedness of government was N103.9 billion as at May 2015 but our findings put the figure at N222.3 billion.

“Furthermore, what was left as credit in all the government accounts put together was N93 million,’’ he said.

According to chairman, the committee discovered gross inconsistencies in the records made available to it as figures are either conflicting or simply not reliable.

He specifically pointed out that the last government claimed to have spent N8.6 billion on the new government house but their findings put the figure at N16.4 billion.

The committee, which discovered clear lapses, according to the chairman, recommended that a specialised technical and audit committee  be set up.

This committee includes members of the security agencies to further investigate revenue allocation and internally generated revenue of the state under the Mr. Jang administration.

The Tyoden committee also recommended the review of the many appointments and promotions made in the state civil service during the last days of the previous administration.

The chairman said that the committee equally recommended the trimming of the structure of government given the lean resources at its disposal.

Mr. Lalong, who received the report thanked the committee for a thorough and selfless service and promised to religiously implement the recommendations according to the law.

The governor said that with the report in place, government would immediately swing into action and the issue of non-constitution of the executive council would be addressed without delay.

“Our strong desire and determination is to provide the needed leadership and to give the people qualitative service that will outlive this administration.

“We will make available to the people of the state the details of the committee findings so as to guard against misrepresentation of facts by mischief makers who will want to confuse the general public,’’ he said.

Mr. Lalong, however, advised those who were in possession of funds meant for the state to immediately return them or face the music.

He said his administration will replicate what President Muhammadu Buhari is doing at the Federal level by making sure funds stolen from government coffers are returned.

He also advised those who were in possession of 100 government vehicles bought by the Mr. Jang administration to return them to him immediately.