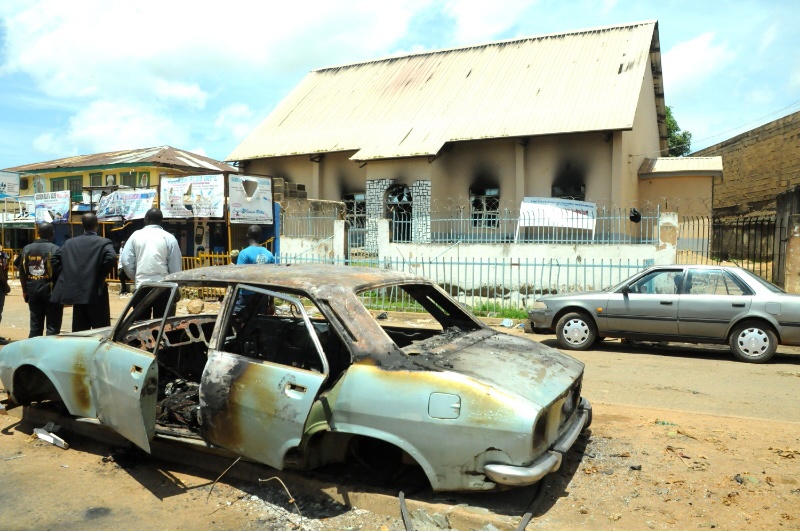 The commissioner of police in Plateau state, Nasiru Oki, has said two churches were on Monday set ablaze by angry persons protesting bomb explosion at a mosque Sunday night in Jos.

The commissioner of police made the disclosure Monday evening at the police headquarters in Jos.

While briefing journalists on the police’s investigations, he said no arrest had been made so far.

He noted that no life was lost in the church incidents but property allegedly worth millions of naira were destroyed.

Mr. Oki also said that 42 people were killed in the twin bomb explosions on Sunday. He said 20 people died in the first explosion at a restaurant while 22 others died in the second at a mosque.

He said 50 people were hospitalized for various degree of injuries and are being treated in hospitals within Jos.

He also presented an undetonated locally-made device recovered from the first scene. He said according to police bomb experts, the device was capable of destroying a complex.

The National Emergency Management Agency, NEMA, had said 44 people were killed in the twin bomb attacks, while the Plateau state government said only 18 people lost their lives.

The police commissioner declined comment on the reappearance of military check points. He, however, urged residents to endure the development.

The state governor had appealed to President Muhamadu Buhari to allow the restoration of checkpoints.