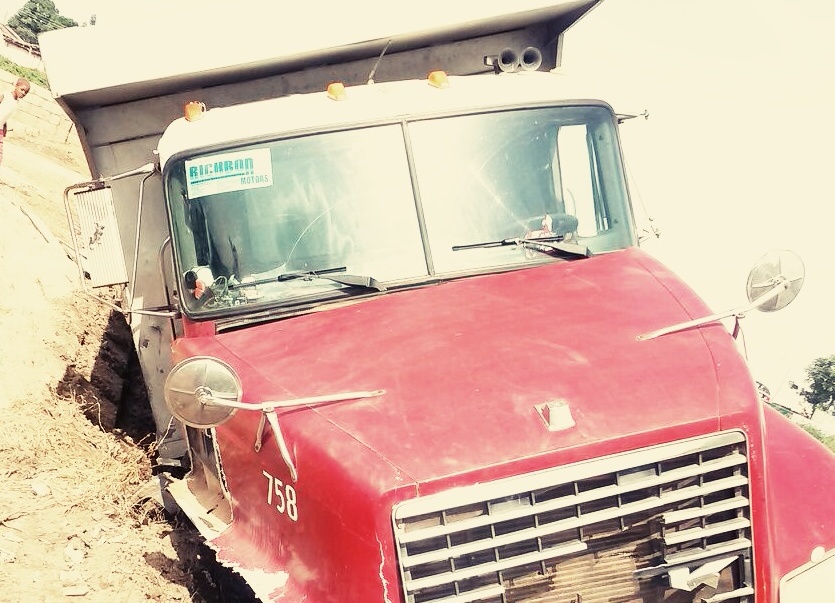 A lorry driver hit a group of people gathered by the roadside killing 11 of them instantly. A witness said the driver lost control of his vehicle while driving on the wrong side of the road.
The accident occurred on Thursday evening in Gora Village of Karu Local Government Area of Nasarawa State. The village is located along the Abuja-Keffi Expressway.

A witness, Bashir Isa, informed PREMIUM TIMES that the driver was transporting sand and heading towards Keffi Town but had to make a swift U-turn after learning that armed robbers had barricaded the road ahead of him.

“He turned back and was driving against traffic, the area was on a slope and it appeared the Tipper’s break failed and he lost control and rammed into the large gathering of people by the roadside,” the witness said.

He said residents of the village often gather by the roadside in the evenings, with some selling their wares and many more chatting in separate groups.

“We have seen a lot of accidents in this village, but that of Thursday is very unfortunate. Most of the victims remains were not gathered in their complete form as they lost various limbs after the lorry crushed them,” he said.

Mr. Isa said Muslim victims of the accident were buried on Friday morning, while families of the Christian victims have taken the corpses of their relatives for funeral service and internment possibly on Sunday.

He also said he could not confirm the whereabouts of the driver. He said the lorry is still at the scene of the accident.

Mr. Isa also recalled that a similar accident occurred in Gora Village last year in which 8 women were killed.
“They boarded a pick up vehicle and were on their way to a nearby village for a wedding ceremony when an oncoming vehicle travelling speedily rammed into their vehicle killing 8 of them instantly,” he said.